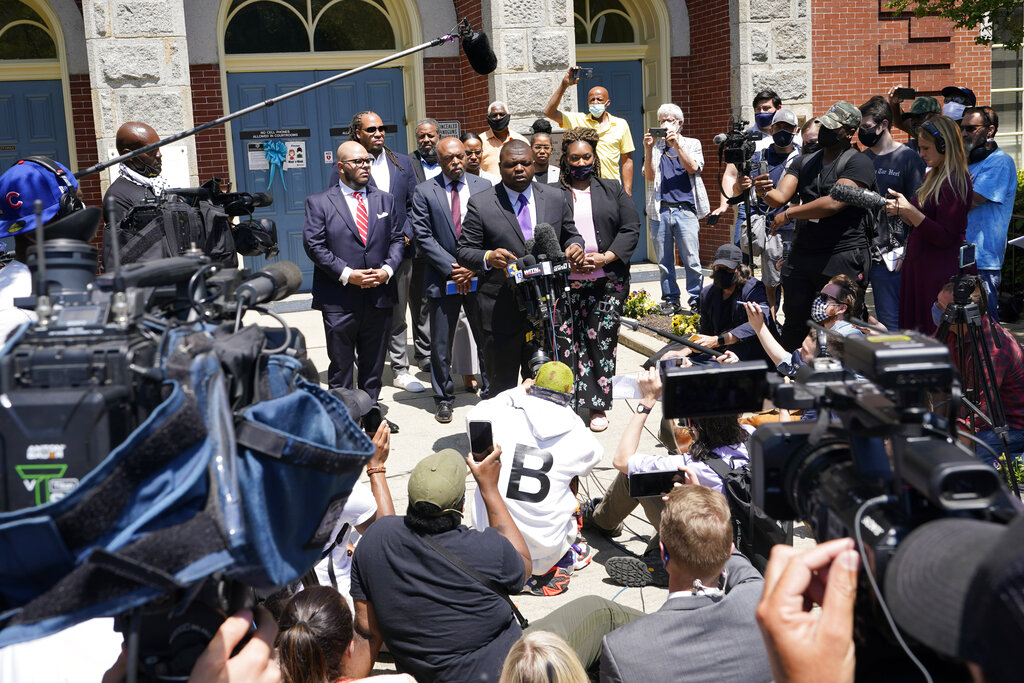 The day after a North Carolina judge ruled that police body cam of a fatal shooting cannot be immediately released to the public, the officers involved in the shooting death of Andrew Brown, Jr. have bene identified.

As ABC 11 reports, Pasquotank County Sheriff Tommy Wooten identified seven deputies who were present at the time of the fatal shooting, and said in a statement that three of those officers fired their weapons while four did not. All seven were previously on administrative leave. As of Thursday, the four officers who did not fire their weapons are back on duty.

Investigator Daniel Meads, Deputy Sheriff II Robert Morgan, and Corp. Aaron Lewellyn remain on administrative leave, and are believed to have fired their weapons as the officers were attempting to serve warrants at Brown’s Elizabeth City residence.

The following officers are back on active duty after an investigation found that they did not fire their weapons: Lt. Steve Judd, Sgt. Michael Swindell, Sgt. Kendall Bishop, and Sgt. Joel Lunsford.

“I promised the citizens of this county I would be transparent and accountable in this matter. I have been,” Wooten said, according to ABC 11.

“I asked the court to make the body camera footage public. I insisted on outside investigations to ensure impartiality. And now I’m releasing the names of the deputies on the scene. I’ll continue to be transparent whenever I can — without interfering in the independent investigations.”

As CrimeOnline previously reported, a judge denied a petition from a coalition of media organizations for the immediate release of police body cam footage captured during Brown’s fatal shooting. The judge said on Wednesday that the footage cannot be released to the public for at least 30 days, as state authorities investigate the fatal shooting. He granted a request for Brown’s family and lawyer to privately view the footage.