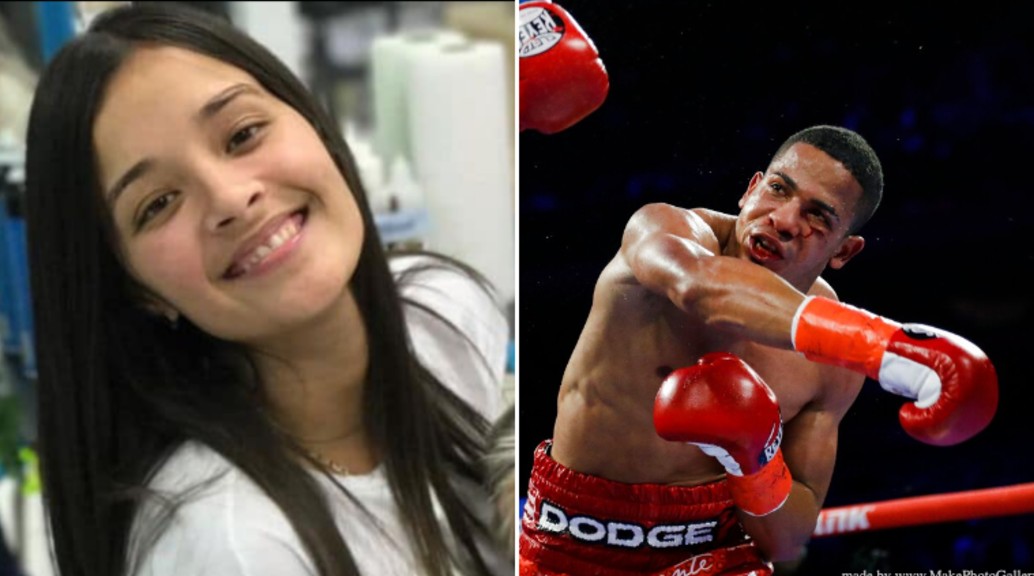 Married Olympic boxer Felix Verdejo turns himself in after pregnant girlfriend found drugged, bound, thrown from bridge then shot at while floating in lagoon: FBI

Professional boxer Felix Verdejo has turned himself in to federal authorities and is expected to face multiple charges in the alleged kidnapping and heinous murder of his pregnant girlfriend.

According to the New York Post, Verdejo, 27, turned himself in to FBI investigators in Puerto Rico after Keishla Rodríguez, 27, was found dead in a lagoon in San Juan on Sunday.

The New York Post obtained a criminal complaint filed by the FBI alleging that Verdejo injected Rodriguez with an unknown substance and bound her arms and legs with wire on Thursday. He allegedly tied a heavy brick or block to his pregnant girlfriend  before throwing her from a bridge in San Juan later that morning. Verdejo then allegedly shot at her while she was in the water.

According to the report, Verdejo is married and had known Rodriguez since childhood. The two were reportedly having an affair and Rodriguez became pregnant with what is believed to be Verdejo’s child. The Washington Post reports that Rodriguez was close to two months pregnant, and was planning to meet with Verdejo last week to show him the results of her pregnancy test.

Rodriguez’s mother, Keila Ortiz Rivera, reportedly told Eol Neuvo Dia that Verdejo did not want her daughter to have his baby.

“He had threatened her before to not have the baby, to get an abortion [because] he has his family, he is a boxer [and] a public figure,” Ortiz Rivera told El Nuevo Día, according to a translation in the Washington Post.

The mother was worried about her daughter meeting with the former Olympic boxer.

“I told her, ‘Chica, be careful,” Ortiz Rivera said to her daughter over the phone Thursday morning, according to El Nuevo Día.

Two hours later, Ortiz Rivera got a call that her daughter had not shown up for work, the Washington Post reports. Ortiz Rivera then flew from Orlando to San Juan and reported her daughter missing later that day.

According to the reports, a witness who is believed to be cooperating with authorities allegedly helped Verdejo, who asked the witness to help terminate Rodriguez’s pregnancy.

The unidentified witness reportedly met Verdejo near Rodriguez’s home, where Rodriguez was waiting for Verdejo in a car. The boxer allegedly punched Rodriguez in the face after getting into the car, and “injected [her] with a syringe filled with substances,” according to court records obtained by the Washington Post. Both Verdejo and the witness then allegedly bound Rodriguez and tied a block or brick to her body.

The witness reportedly admitted to driving Rodriguez’s car to the bridge, with Verdejo behind. It is unclear if Rodriguez was in her vehicle or another vehicle at that point. Verdejo then allegedly tossed Rodriguez from the bridge and fired a pistol towards her in the water.

Authorities have not yet confirmed Rodriguez’s cause of death.

An FBI spokesperson reportedly told the Associated Press that charges against Verdejo are pending and will be announced soon.