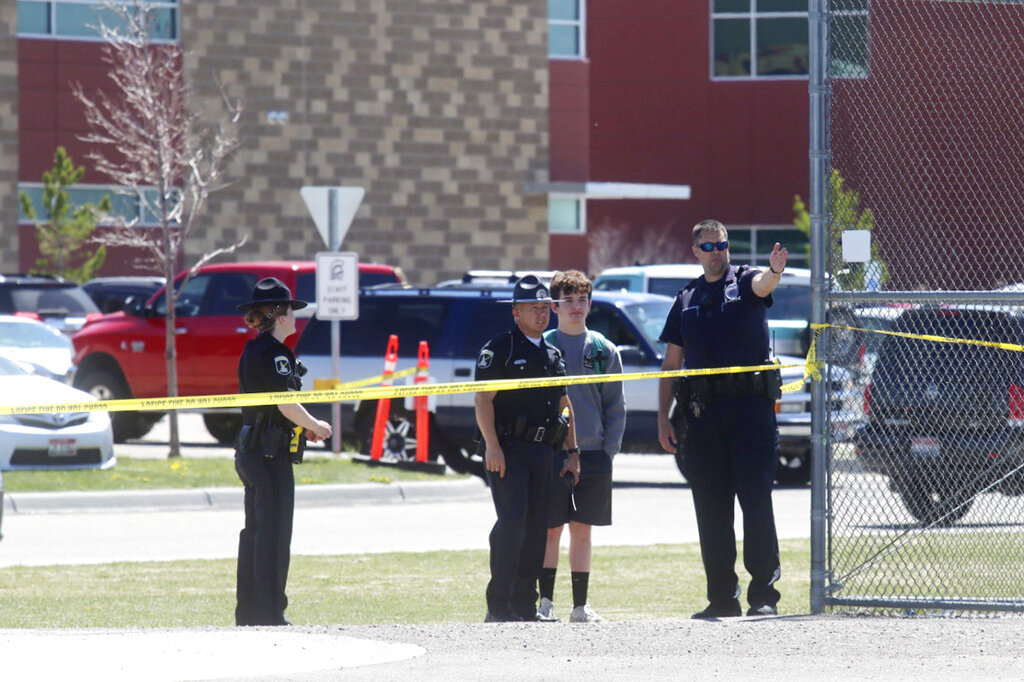 Two students and a school employee were shot on Thursday when a sixth-grader opened fire at an Idaho middle school.

As EastIdahoNews.com reports, the unidentified girl brought a handgun to Rigby Middle School in Rigby, Idaho, and began firing at 9:10 a.m. Thursday, an hour after classes began.

“She retrieved a handgun from her backpack and fired multiple rounds inside of the school and out,” Jefferson County Sheriff Steve Anderson said at a news conference on Thursday afternoon.

“During the shooting, a teacher disarmed the student and detained her until law enforcement took her into custody. We don’t have a lot of details right now and are following all leads.”

None of the injuries the three victims sustained are life-threatening, and all are expected to recover. One student may have been shot twice, in multiple limbs.

“The fact the injuries are as insignificant as they are – they could be so much worse, so we feel absolutely blessed,” Dr. Michael Lemon, the trauma medical director at Eastern Idaho Regional Medical Center, said at Thursday’s news conference, according to EastIdahoNews.com.

Authorities have not publicly commented on a possible motive for the shooting. According to the report, EastIdahoNews.com received dozens of messages about a video the student had posted online, reportedly making threats. The sheriff reportedly confirmed that investigators are aware of the post, but declined to comment further.

As CNN reports, the suspected shooter was taken into custody on Thursday. It is not known at this time where she is being held.

[Feature image: Police stand with a youth outside Rigby Middle School following a shooting there earlier Thursday, May 6, 2021, in Rigby, Idaho. Authorities said that two students and a custodian were injured, and a female student has been taken into custody. (AP Photo/Natalie Behring)]