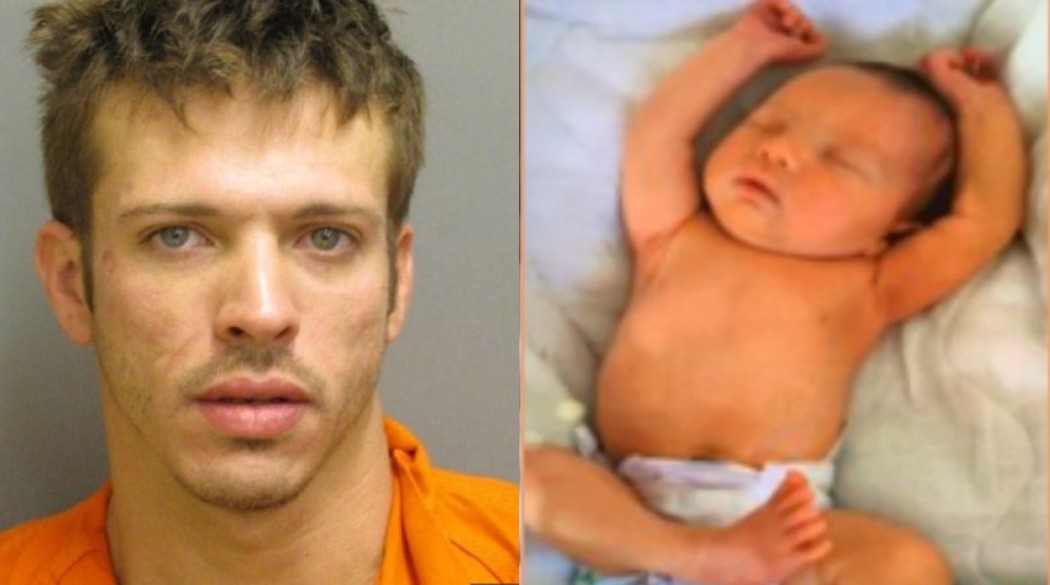 Authorities in Alabama have released preliminary autopsy results for the five-week-old infant who was found dead two days after his father reported him missing.

As CrimeOnline previously reported, Caleb “C.J.” Whisnand, Jr. was found dead in a remote area in Lowndes County on Wednesday, shortly after the infant’s parents–Caleb Whisnand, Sr. and Angela Nicole Gardner–gave a bizarre press conference outside the Montgomery County Sheriff’s office. The sheriff’s department announced the elder Whisnand’s arrest at the same time the department shared news of the baby’s death. The suspect was initially charged with reckless manslaughter, but the charges were later upgraded.

Whisnand reportedly called police Monday night at about 11 p.m.. saying that he somehow lost track of his son at a Circle K gas station and laundromat. During Wednesday’s press conference, the baby’s mother indicated she had not seen the boy since Saturday night.

Charging documents obtained by AL.com show that investigators believe C.J. died sometime after 3:45 p.m. in Montgomery County, which neighbors the county where the infant’s body was found. The cause of death is listed as blunt force trauma to the head. The report does not indicate what type of weapon was used in the crime.

According to AL.com. Gardner has not responded to requests for comment. As previously reported, the boy’s grandmother told AL.com earlier this week that her daughter had threatened to leave Whisnand, Sr., and said she believed the father took the child and fled in response.

Gardner has not been charged in connection to the boy’s death, and Montgomery County Sheriff Derrick Cunningham did not deny that further charges could be coming as the investigation progresses.

“Right now it’s still early. We still have a lot of leads we’ve got to follow up on,” Cunningham told AL.com.

According to WSNA, Whisnand is being held in Montgomery County without bond.