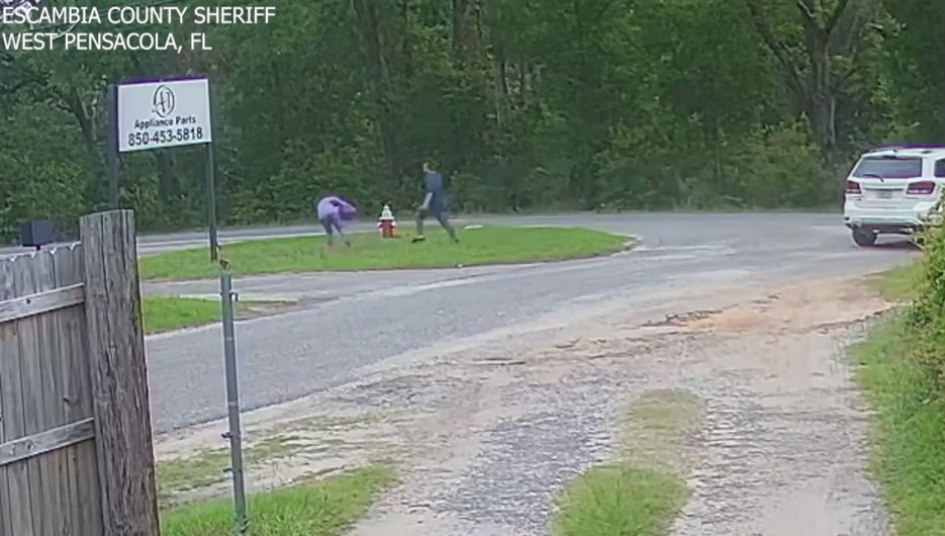 SEE IT: Little girl ‘fought like hell’ to get away from armed ‘animal’ who tried to kidnap her in broad daylight

A Florida man is behind bars after he was allegedly caught on security footage trying to kidnap an 11-year-old girl.

According to Escambia County Sheriff Chip Simmons, the incident happened Tuesday morning in Pensacola at Old Corry Field Road and Perdido Street, as the victim waited for a school bus at around 7 a.m. The Sheriff’s Office released the security footage within a few hours after the abduction attempt.

Following the video release, police arrested Jared Stanga Tuesday night. He has been charged with attempted kidnapping of a child under 13, aggravated assault and battery.

Simmons praised the young girl for defending herself.

Orlando Sentinel reports that the child told police that a Hispanic adult male had approached her a few weeks earlier, and made her feel uncomfortable. The child’s mother began walking her to the bus stop after the incident, but on Tuesday, the child walked alone.

Simmons said that although the incident appears to be random, it’s possible that the suspect had been watching the girl, waiting for an opportunity when she was alone.

The sheriff added that the man had a knife in one hand as he approached the girl and grabbed her by the neck. He fell down during the struggle, thanks to the child kicking and pushing until he apparently gave up.

Simmons confirmed the suspect has prior sex offenses.

“It’s important to emphasize how horrible this could have been,” Simmons said.