The mysterious father of a young boy found dead on Saturday has numerous felony warrants out for his arrest, according to court documents.

Cash Gernon, 4, was found deceased with multiple wounds lying in the middle of a street in the Mountain Creek neighborhood of Dallas. Authorities on Saturday night arrested 18-year-old Darriynn Brown in connection with the boy’s death. He’s currently facing kidnapping and robbery charges, although authorities said charges will likely be upgraded after the official cause of death is released.

Andy Kahan, Director of Victim Services and Advocacy for Crime Stoppers of Houston, shared court documents with CrimeOnline from the Harris County District Court state that Cash’s father Trevor Gernon is wanted on multiple felonies. Kahan previously worked as a Victim Advocate for the Mayor’s Office and for the Houston Police Department as both a Parole and Probation Officer.

Court documents at the Harris County District Court state that Trevor Gernon is wanted on charges of: 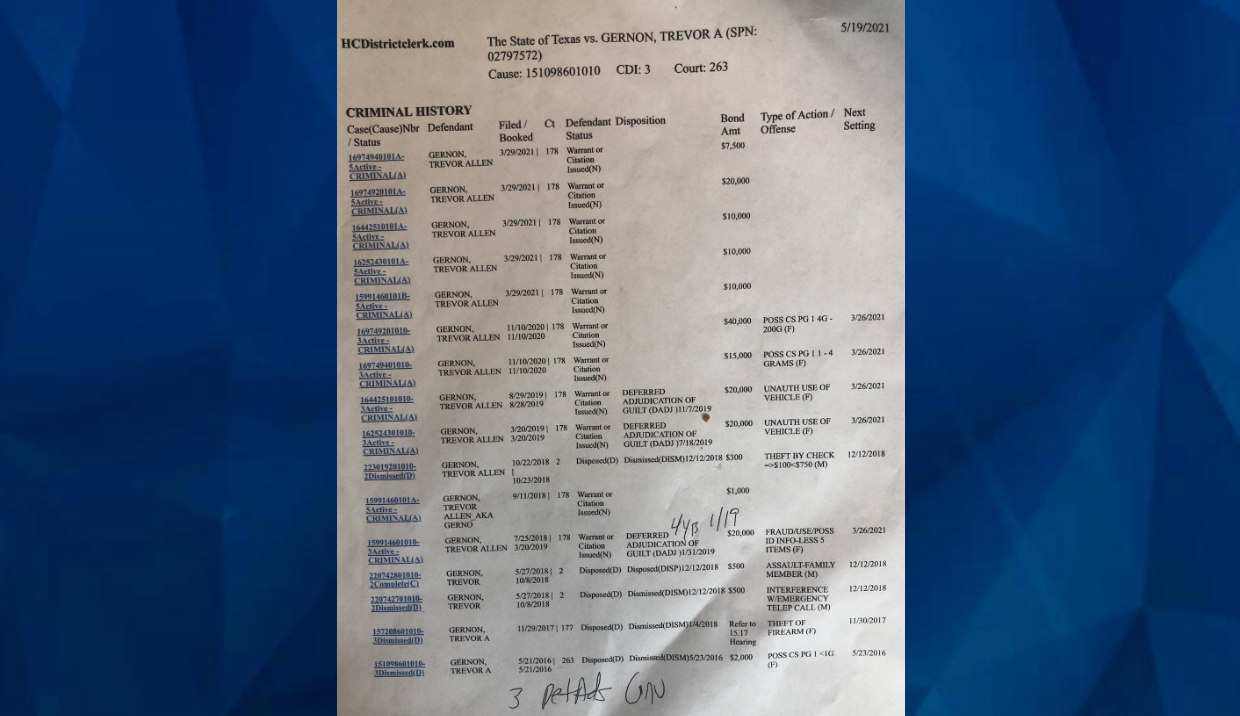 Monica Sherrod, who identified herself as Cash’s guardian and his father, Trevor Gernon’s girlfriend, told authorities that Gernon left town in March due to legal issues and has not been seen since. Following the death of his son, Trevor Gernon still remains elusive.

Police described the circumstances of the boy’s death as “unusual” and said that the boy died from violent injuries sustained from an “edged weapon.”

Dallas authorities identified the victim as Cash Gernon, a “happy-go-lucky” boy who had a twin brother, according to his father’s girlfriend.

Anyone with any information on Trevor Gernon’s whereabouts should contact Harris County police.