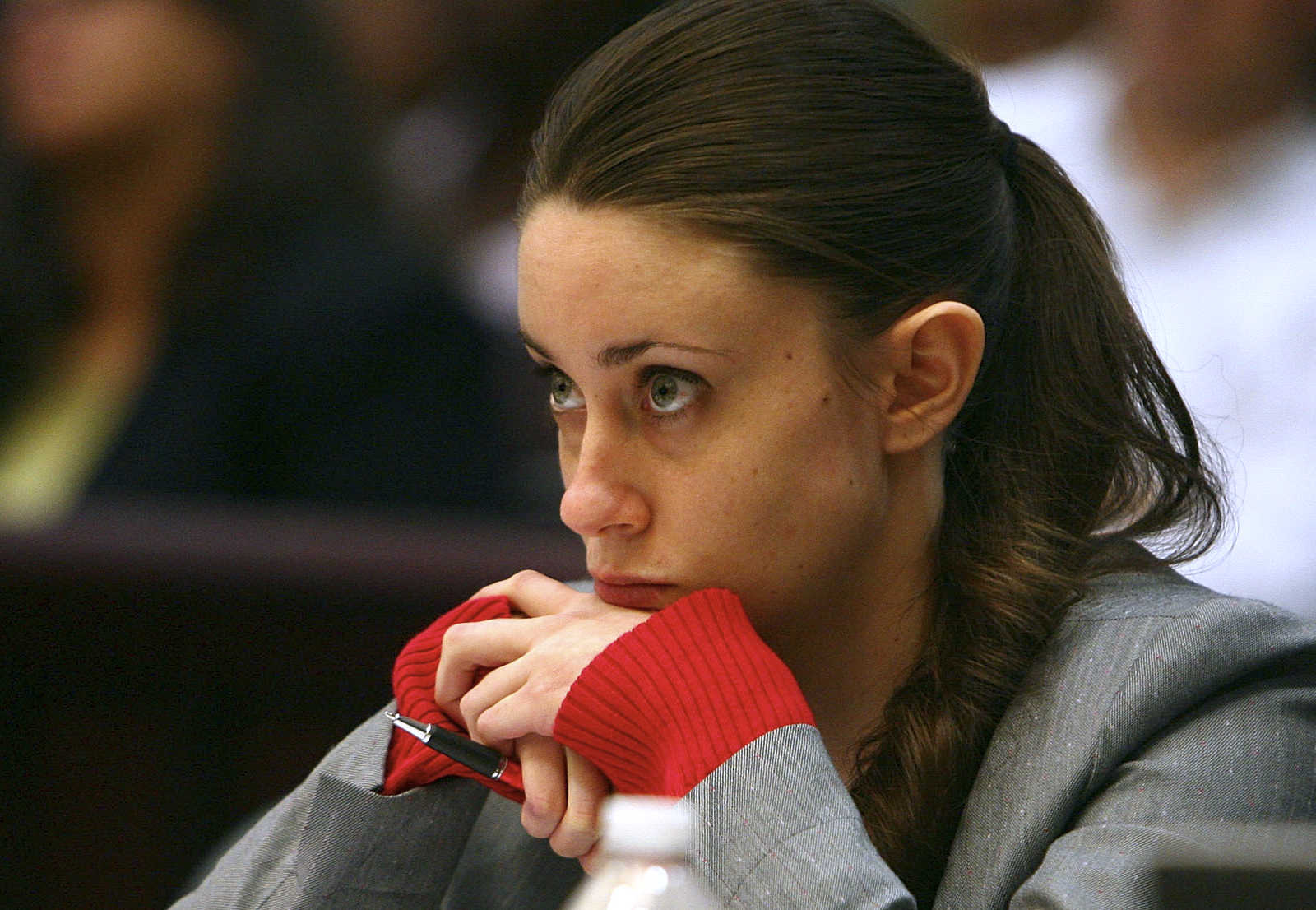 Tot mom Casey Anthony has apparently filed a police report against a woman who threw a drink on her at a Florida pub on Sunday.

The incident happened at O’Shea’s Irish Pub in West Palm Beach at around 8 p.m., according to a police report Anthony filed with the West Palm Beach Police Department. Anthony reportedly got into an argument with a woman identified as Thelma Moya, who dated the same man as she did at the same time, according to what she told police.

As the argument escalated, the woman spilled a drink on Anthony’s leg. Anthony decided she wanted the incident on record. News Channel 8 reports that the police report indicated that the “woman who called authorities said she had drinks thrown in her face.”

Police told Anthony how to file a restraining order against the woman, but she declined.

TMZ reports that Anthony’s PR rep declined to explain the history and background between the two women, “because there is none.” The rep told the outlet that Moya attacked Anthony under “false pretenses.”

As CrimeOnline previously reported, Anthony was considered “one of the most hated women in America,” according to a 2011 Florida Department of Corrections statement. The nickname came after the masses blamed Anthony for the death of her toddler daughter, Caylee Anthony.