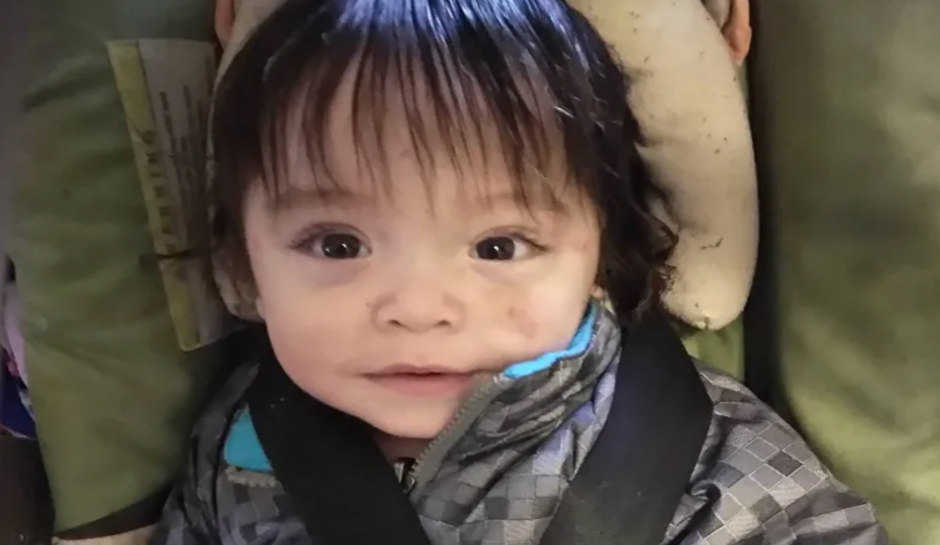 Mom kills tot son, blames ‘friend’ after drugs are found on juice box, soda can inside room with 2-year-old victim

A Kansas mother has been found guilty of murder in connection with the death of her 2-year-old son, Zayden Jaynesahkluah.

KSN reports that Zayden passed away in 2019, inside a room at the Sunset Motel, in the 2300 block of S. Broadway in Wichita. According to prosecutors, the boy died from ingesting a lethal dose of methadone, a medication prescribed to his mother, Kimberly Compass, to battle heroin addiction.

On Monday, it took jurors around two hours to convict Compass of murder after prosecutors said she “recklessly handled the medication and left bottles open in her hotel room, giving her son easy access.”

It remains unclear exactly how Zayden got access to the medication or if he was purposely given it, but prosecutors said Compass was supposed to keep the bottles locked up and out of his reach.

Methadone, along with the child’s DNA, was found on a soda can, a fruit punch bottle, as well as the bottle of medication inside the motel room.

Defense lawyer  Steve Mank argued that the charge didn’t fight the crime, adding that Compass did not purposely give her child methadone, despite a theory that she wanted the boy gone because he was too much to handle.

“What Kimberly Compass did that day doesn’t make sense to charge her with the crime that she is charged with. There are too many questions, too many unanswered questions, too much speculation, and too many what if, is it possible. The state needs to prove each and every element required by law under a reasonable doubt, and they can not do that in this case.”

Compass was visibly upset about the verdict. She raised her hand in court, then placed the blame on Reginald “Reggie” Whiters, a man who paid for her nightly rental at the hotel, the Wichita Eagle reports.

“Okay so who do I need to ask a question about Reggie Whiters — he murdered my son, you guys convicted me guilty?” Compass asked the judge.

“Ms. Compass you need to be quiet,” the judge replied.

“I’m not being inappropriate. I’m just asking politely what I can do as a human being,” Compass said.

Whiters, along with Compass and her two children (Zayden and his older sister) was in the room when he found the child passed out and lying unresponsive in pink vomit, the same color as Compass’ medication.

“This wasn’t a new thing for her. She’d been using it almost two months by the time Zayden dies,” Assistant District Attorney Alice Osburn said. “She killed him because of her recklessness, and I’m asking you to hold her accountable for that.”

One of Compass’ neighbors, Christina Eastman, took the stand and claimed that Whiters at one point got into an argument with Compass and admitted to poisoning Zayden.

“She didn’t know when she hooked up with Reggie, that Zayden was going to get killed,” Mank added. “She’s not guilty of felony murder.”

An expert witness called to testify by the prosecution said there was enough methadone in Zayden’s system to kill an adult twice his size.

“Those concentrations can cause death,” Timothy Rohrig, the former head of the Sedgwick County Regional Forensic Science Center, testified. “In a child, this is a very significant concentration.”

One of Compass’ former boyfriends, Zachary Sepesi, testified that he once took a drink of her methadone and vomited “for three days straight.” This was coming from a man who also had a previous drug addiction, the court heard.

Compass’ grandmother also testified. She said Compass showed favoritism to her daughter over Zayden. The grandmother added that she saw the defendant push Zayden across her living room once. She also witnessed Compass call the child names, such as “dumb” and “retarded.”

Sentencing has been scheduled for August 12. Compass faces up to life without parole until she has served 25 years of her sentence behind bars.