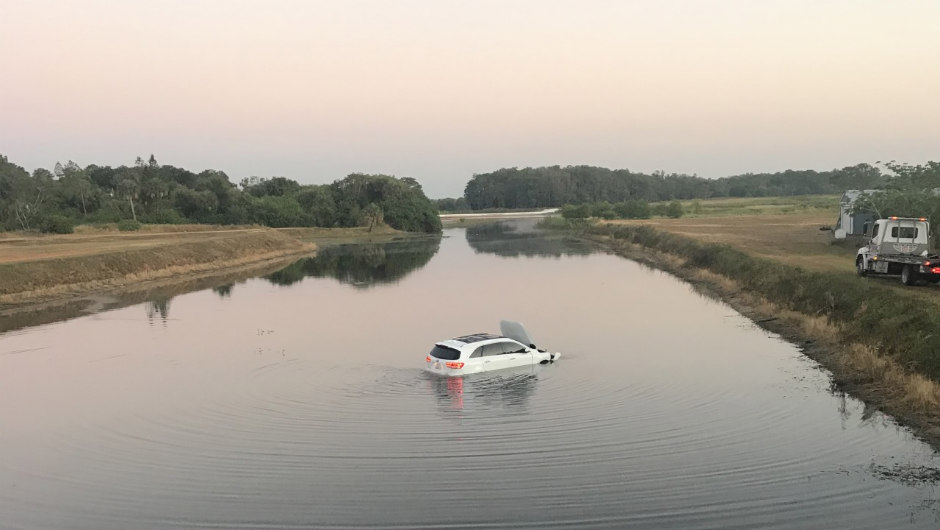 A Florida man is behind bars after police say he fled the scene of an accident while intoxicated, leaving his three young children behind.

According to the Florida Highway Patrol, the incident happened in Lehigh Acres on Friday, at around 4:40 a.m. Kern Campbell, 31, was allegedly driving drunk when he took a curve near Queen Drive too quickly and ended up plowing his white SUV into a canal.

Campbell managed to pull himself and his three children, ages 6, 5, and 2, from the SUV, with the help of a passerby. The passerby told police that Campbell then said, “I can’t deal with this,” and ran away on foot, abandoning his children, WINK News reports.

“There was a witness that stood by with the children and took care of them until the authorities got here,” Lieutenant Greg Beuno with Florida Highway Patrol said.

Lee County police later arrested the suspect near his residence. Authorities said they were dispatched to the same home earlier that day for a domestic dispute, when Campbell took the children and sped away in his vehicle.

The children were returned home to their mother briefly after the accident, but social services ultimately removed them from the home.

“I don’t know what to do myself right now. I just can’t believe that they will take my kids away from me,” the children’s mother told WINK News.

It’s unclear why the children were removed from the mother’s care, but Beuno added that the children are now safe, after suffering a few minor injuries.

The mother added that she felt more hurt than angry at Campbell, who she described as a “good father.”

Campbell is facing numerous charges, including  DUI, child neglect, leaving the scene of a crash, and contributing to the delinquency of a minor.