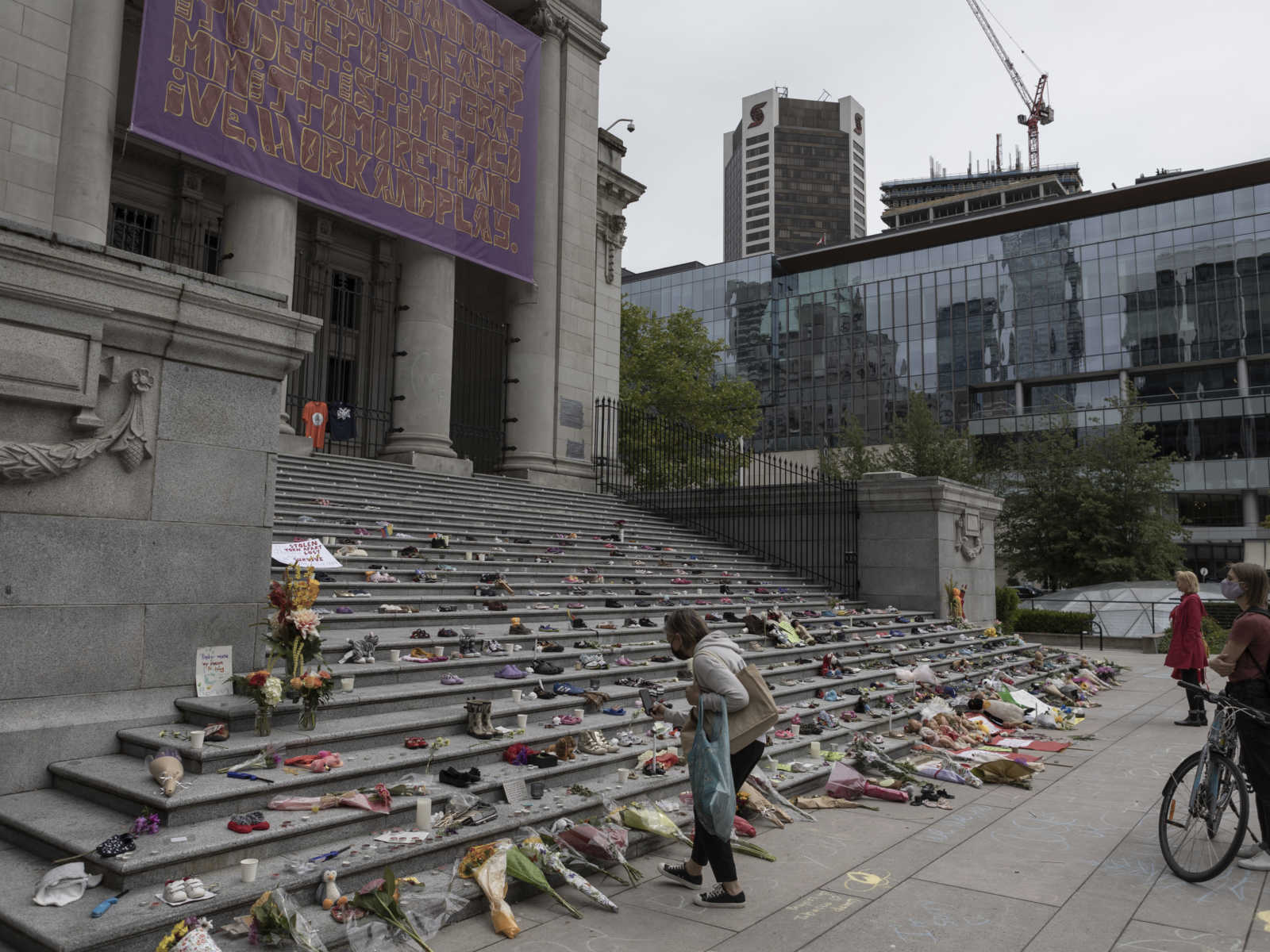 The bodies of 215 indigenous children were found at a former residential school in Canada.

As NBC News reports, the remains were discovered on the grounds of the Kamloops Indian Residential School in British Columbia, one of the largest residential schools that housed indigenous children part of a program to “assimilate” them into Canadian/American culture. The Christian school was state-funded and housed up to 500 students at any given time.

The school reportedly opened in the late 1800s and closed in the late 1970s after the program ended amid accusations of abuse and violations of human rights. The report does not indicate how the bodies were initially found, but Chief Rosanne Casimir of the Tk’emlups te Secwépemc First Nation told NBC News that the discovery was confirmed with the help of ground-penetrating radar. She also said that some areas of the property have yet to be searched, keeping open the possibility that even more children were buried there.

The remains reportedly belong to children as young as three years old.

According to the NBC News report, more than 150,000 First Nation children were part of the so-called assimilation program that forced them to convert to Christianity and stop communicating in their native languages. Up to 6,000 children are believed to have died, many as a result of abuse and neglect. In 2008, Canadian government officials reportedly admitted to Parliament that physical and sexual abuse was widespread in the residential schools, where the children remained alienated from their parents and families.

A 2016 report from the Truth and Reconciliation Commission reportedly stated that at least 51 children died at the Kamloops schools between 1915 and 1963, according to NBC News. The discovery would appear to indicate the number is much higher.

Casimir said in a statement obtained by NBC News that the remains found represent an “unthinkable loss that was spoken about but never documented at the Kamloops Indian Residential School.”

“This really resurfaces the issue of residential schools and the wounds from this legacy of genocide towards Indigenous people,” Terry Teegee, Assembly of First Nations regional chief for British Columbia, told the news station.