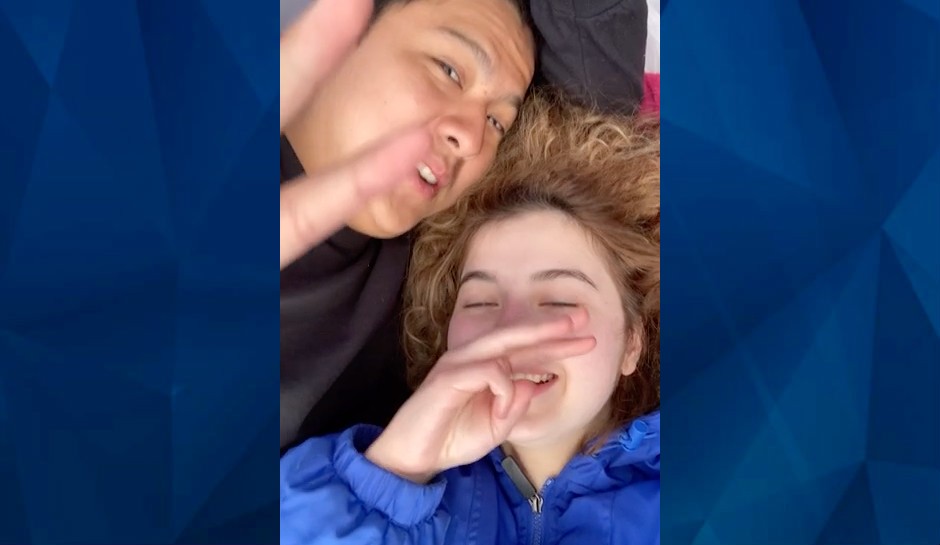 SEE IT: Video shows teen girl and boyfriend joking about murder after they allegedly stabbed girl’s father to death, set fire to scene

“It was worth it,” one of the suspects says in the chilling video

A 16-year-old Nevada girl and her 18-year-old boyfriend are accused of fatally stabbing her father and attempting to burn and dismember his body — and they may have bragged about the horrific crime in a video days later.

As KLAS reports, Sierra Halseth, 16, and Aaron Guerrero, 18, have been arrested for the alleged murder of Halseth’s father, 45-year-old Daniel Halseth, who reportedly died in April.

According to the news station, police believe the couple’s parents forbid them from seeing each other, and that the pair intended to leave Nevada for California. Two friends reportedly found Daniel Halseth dead in his Las Vegas home on April 8 after his concerned mother and ex-wife been unable to reach him. Hasleth had been stabbed to death, and there was evidence at the scene that the suspects had set a fire. Investigators reportedly believe the teens intended to burn Halseth’s dead body and dismember it.

KLAS obtained a cell phone video created by the suspects in which they appear to reference Daniel Halseth’s murder.

“Welcome back to our YouTube channel … Day 3 after murdering somebody,” Guerrero says in the video.

“It was worth it,” Guerrero says, at one point putting his hands around Halseth’s throat.

The news station reportedly reviewed extensive, incriminating evidence against the teen suspects, including text messages and ‘gruesome’ photos. The suspects allegedly put a blood-soaked blanket into the back of the victim’s vehicle, which they used as a getaway car. And investigators believe the teens used Daniel Halseth’s bank cards after his murder.