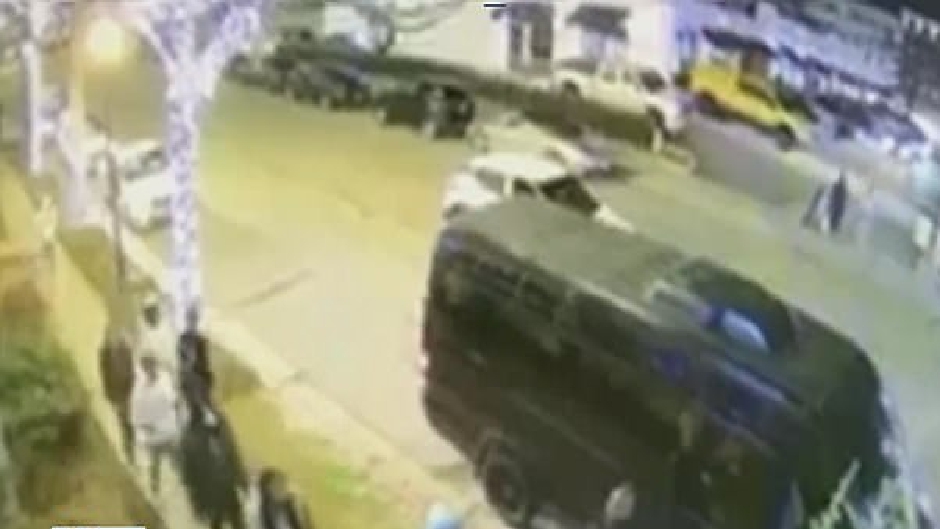 On Tuesday, a Georgia police department publicly denied allegations that officers outwardly ignored a drive-by that occurred in January.

“Inaccurate” was the word Atantla police used in a statement to describe a Daily Mail story that accused their department of disregarding the January 3 shooting in Buckhead, an affluent commercial and residential district in Atlanta. The Mail article referred to footage surveillance footage Buckhead City Committee CEO Bill White provided to Fox News’ “Tucker Carlson Tonight” for Monday night’s show.

The footage appears to show someone in a white car firing shots at a dark van as it drives through the neighborhood. White told Fox News that a pedestrian was struck — and police did not chase the suspect due to new protocol regarding pursuits.

Atlanta police specifically took issue with a quote in the Mail article, which is attributed to White, where he said marked police cars with their lights on “did not stop…but did call an ambulance and ‘rendered help at the scene.'”

“While we understand this was a statement provided by someone they interviewed, it takes no special skills to see that not stopping and rendering help at the scene both cannot be accurate,” they said in the statement. “It draws the natural question of how officers rendered aid if they never stopped? In truth, several APD officers were near the incident, heard the shots being fired and immediately reacted.”

According to police, a responding officer who spotted the drive-by suspect learned from witnesses that there were several armed assailants — prompting the officer to secure the area and wait for backup instead of pursuing the suspect.

“While on scene, the officer provided medical care to preserve the life of the wounded. I am quite certain the shooting victim the officer placed a tourniquet on, was appreciative that he remained on scene and rendered aid,” the press release stated.

White said last week that the  Buckhead City Committee is pushing to have an emergency meeting in an effort to secede from Atlanta due to an uptick in crime and a “lack of leadership.” White and other proponents intend to establish a new municipality with an independent police force, according to the New York Post.

“We are living in a war zone. That’s what we call Buckhead,” White told Fox News. “We are going to form our own city. We are going to take our city back.”