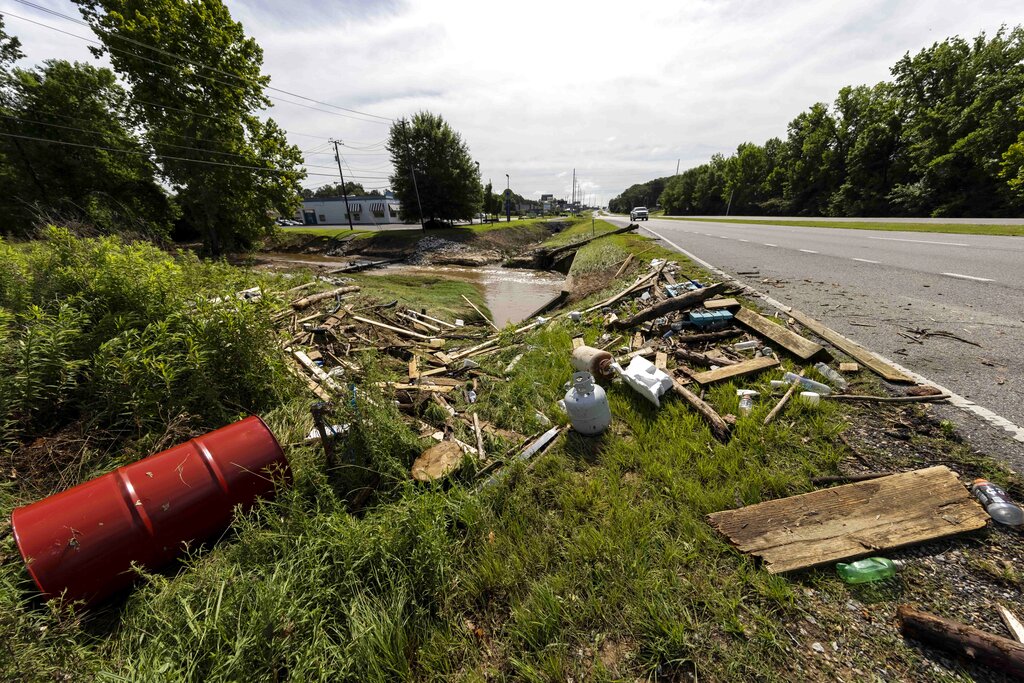 A multi-vehicle pileup claimed the lives of 10 people this weekend, including nine children who lived at a youth ranch for neglected, abused and abandoned girls.

According to ABC News, 18 vehicles were involved in the crash on Interstate 65 in Butler County, Alabama, on Saturday at about 2:30 p.m. Butler County Sheriff Danny Bond told the news station that two 18-wheelers crashed on the interstate, and a bus carrying the nine child victims became sandwiched between the trucks. A 29-year-old man and his nine-month-old daughter were also killed when the man’s vehicle crashed, apparently part of a “domino effect” from the initial collision.

The Butler County coroner reportedly said one of the 18-wheelers involved in the initial collision had hydroplaned as Tropical Storm Claudette had brought rain and strong winds to much of the region. But Bond told ABC News that he could not confirm this, and there were no downpours at the time of the crash on that section of the highway.

A witness told CNN that while it wasn’t downpouring at the time of the crash, there was a lot of water on the road.

The children who died in the bus were reportedly between four and 17 years old. The driver, Candice Guiley, who is also the mother to two of the children killed, was the only survivor in that vehicle. According to ABC News, a bystander was able to pull Guiley from the burning car but could not reach the children due to the intense fire and smoke.

The victims in that vehicle lived at the Tallapoosa County Girls Ranch, run by the nonprofit Alabama Sheriffs Youth Ranches, according to CNN. A statement on the Alabama Sheriffs Youth Ranches website describes its mission to “provide Christian, family-style residential homes for Alabama’s needy, neglected, or abused, school-age children in an atmosphere where they may grow spiritually and physically into productive, responsible, and happy adults.”

“The Ranches are actual working Ranches and require participation from the children in livestock care, farm work and lawn care,” the website further describes the nonprofit’s operations. “Ranchers are taught responsibility by completing daily chores and participating in daily family devotionals and pledging allegiance to the American flag.”

Alabama Sheriffs Youth Ranches CEO Michael Smith reportedly told CNN that Guiley is the director of the Tallapoosa County Girls Ranch, and was in stable condition on Sunday.

“I just visited her today in the hospital, and she’s talking, and I was with her this morning and I went to tell her ‘bye’ and that I was coming here to the ranch,” Smith said. “And she said, ‘Please tell my girls I love them.’”

The National Transportation Safety Board is investigating the crash, according to ABC News.