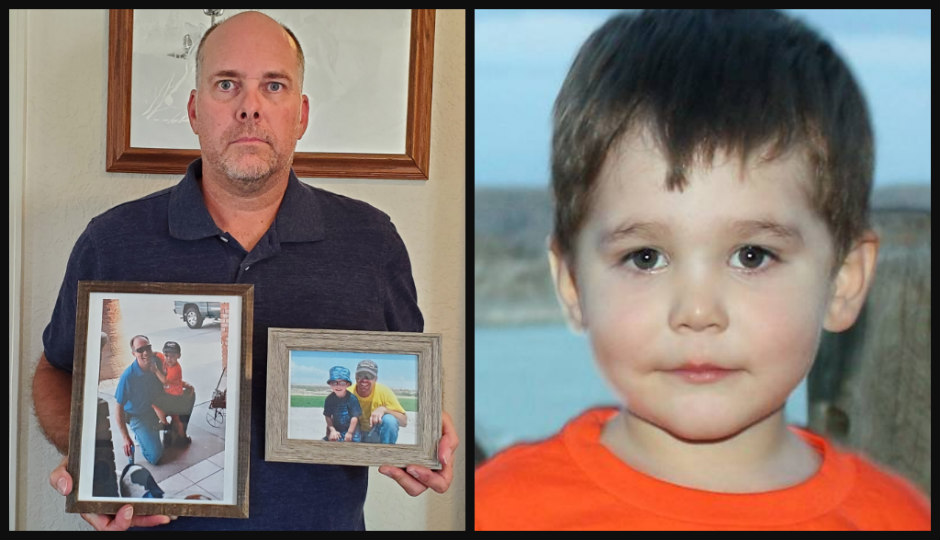 A worried father took to Facebook on Father’s Day, 10 years after his young son disappeared, and pleaded for help in locating the boy.

In August 2012, police issued a warrant for international parental kidnapping against Karla Campbell, the mother of missing Steven Campbell. Steven was three when he disappeared from El Paso in August 2011. He’s currently 12 years old.

In 2019, Steven’s father, William “Andrew” Campbell, told the National Center for Missing & Exploited Children (NCMEC) that he last saw his son in the summer of 2011, during a fishing trip in New Mexico.

“I took my son up to Caballo, New Mexico for summer vacation. We went boating, we went fishing, we caught crayfish,” Andrew said.

Afterward, as part of the custody agreement, Andrew dropped Steven off at his mother’s El Paso, Texas, home after spending a month with him. It would be the last time he would see his son.

The custody arrangement also stated that Andrew would get visitation again the following day after dropping his son off with the mother. When Andrew returned the next day to Karla Campbell’s home, it had been emptied out. Both Steven and his mother had vanished.

Through a private investigator, Andrew later discovered a home in Juarez, Mexico, where the pair may have been living. By the time authorities checked the residence, it had been cleared out with no signs of the suspect and her son.

Andrew feels that Steven could still be in Mexico, but since so many years have passed, it’s impossible to say for sure at this point where his son could be.

“I never left him. I’ve always loved him. I’ll never stop looking for him. He’s my son, he’s my only child,” Andrew previously said.

Andrew posted a poem and a note to his son on Facebook on Father’s Day.  He hopes to garner new and renewed interest in his son’s disappearance.

“EVERY single day that you are not with me
I think about you.
I wonder what you are doing.
I hope that you are safe.
I pray that you are happy.
My love will follow you, WHEREVER you go
FOREVER and EVER
Because you will ALWAYS be
MY SON”