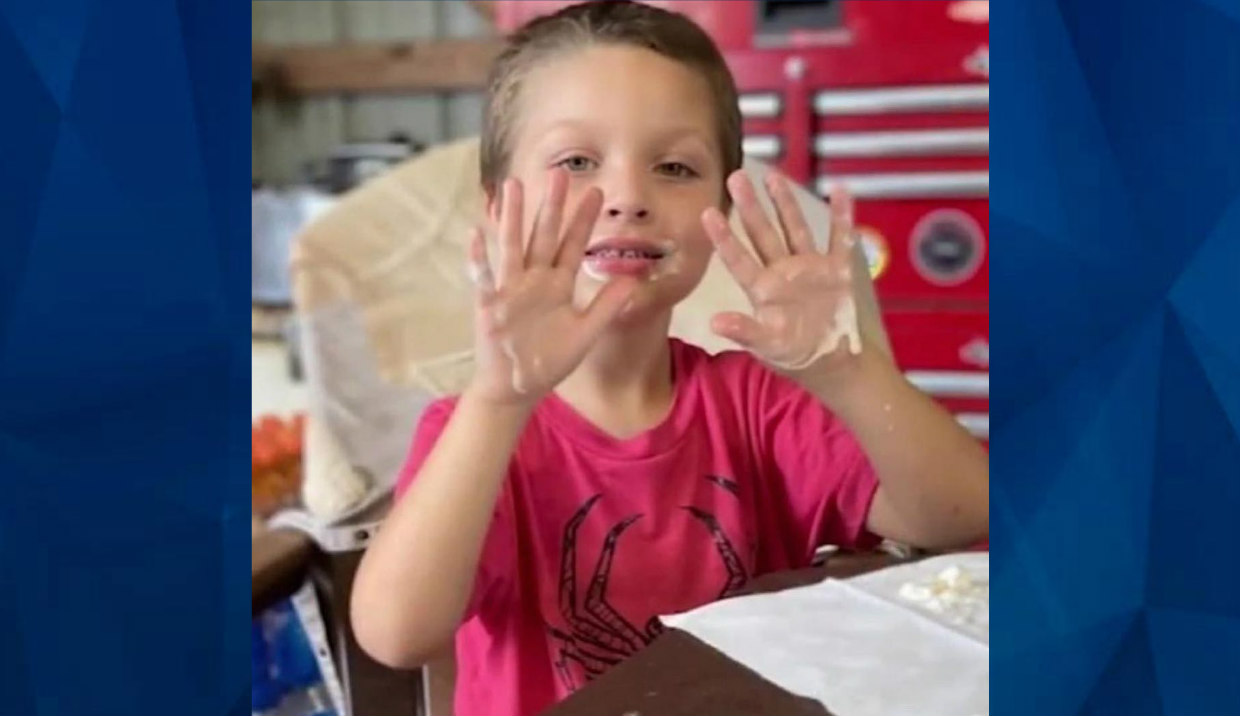 A Texas man who tipped police off after 6-year-old Samuel Olsen vanished last month, is now facing charges himself.

As CrimeOnline previously reported, Samuel, of Houston, was found deceased on June 2, inside a Best Western motel in Jasper. His father’s girlfriend, Theresa Balboa, allegedly rented the room under a different name and brought the boy’s body inside the room, stuffed in a tote bag.

Police found Balboa hiding in the motel bathroom. After her arrest, she was transferred back to Houston on initial charges of tampering with evidence. Additional charges could follow. An autopsy revealed that Samuel died from blunt force trauma to his head.

Balboa lived in Houston with her roommate, 27-year-old Ben Rivera. Around a week after Samuel was reported missing, Rivera called police and tipped them off to the motel.

Samuel was reported missing on May 27, when Balboa said that the boy’s mother, Sarah Olson, and a man dressed as a policeman came to her apartment and demanded the child. Samuel’s father, Dalton Olson, said that Balboa had been taking care of the boy since April 30, which turned out to be the last day he attended school.

On May 31, Rivera voluntarily gave a statement. He told investigators that he first learned about Samuel’s death on May 10, when Balboa told him the child was deceased.

Rivera, according to court documents, said he drove home and saw Samuel lying deceased on a bed. He said he helped move the child to the bathtub, where they left him for two days.

Rivera said that on May 13, he bought duct tape and a plastic tote from Walmart, according to court documents. He and Balboa wrapped the boy’s body in a plastic sheet, put it into the tote, and loaded it into his vehicle, court documents say. Then they drove to a storage unit 25 miles southeast of Houston in Webster, where they left the container.

Court documents, however, indicate that Rivera provided investigators an inconsistent timeline. According to ABC 13, investigators uncovered a text message exchange between the roommates on May 5. Balboa told Rivera that she needed to talk to him before he came home to the apartment.

Security footage showed someone driving a truck identical to Rivera’s at the storage unit on May 22. A storage tote was in the back of the trunk. Investigators said the tote matched the one Samuel was found in.

Then on May 12, Balboa allegedly texted Rivera and told him she needed to move Samuel’s body to a bed. An apartment maintenance worker was scheduled to visit.

The inconsistencies led police to charge Rivera with tampering/fabricating evidence.

Balboa remains behind bars on a $600,000 bond. Check back for updates.