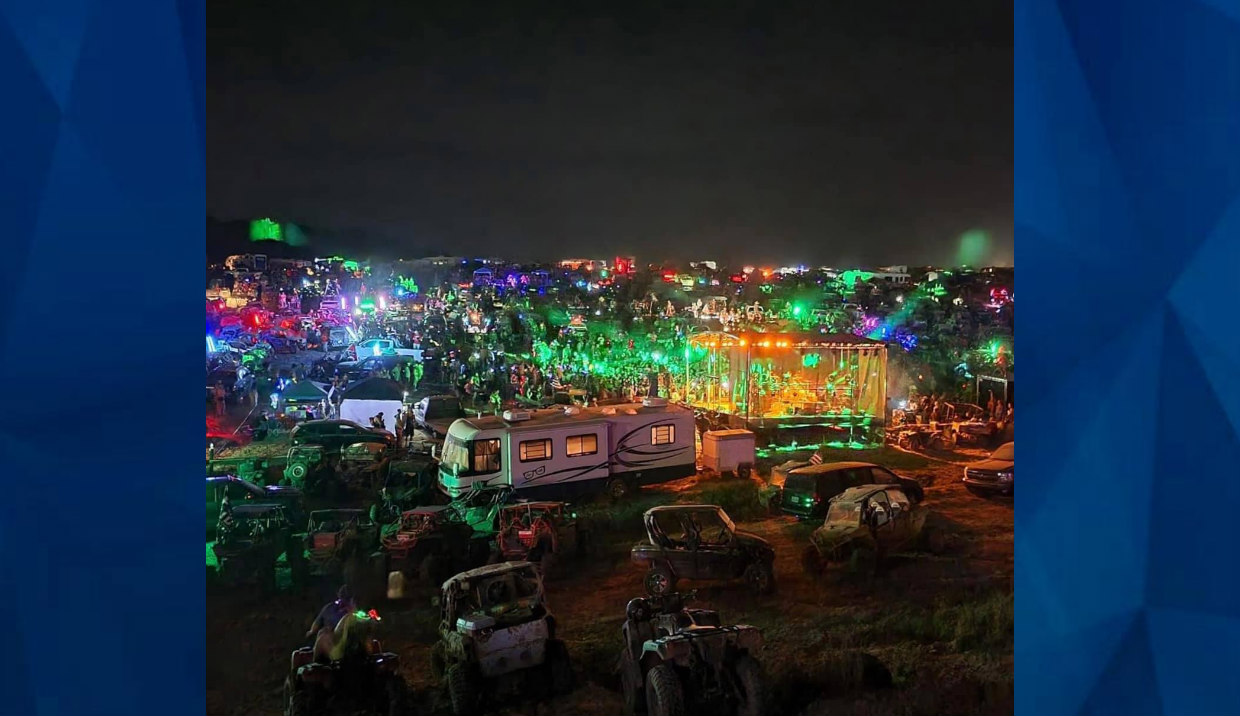 ‘Redneck Rave’ ends in complete chaos with throat slashing, choking, & another person stuck to a log

At least 48 people at a country music festival in Kentucky are facing charges or citations after the mass outing turned into complete chaos, according to local reports.

“America’s wildest and craziest country party” is what the 5-day party was called, according to the Lexington Herald-Leader. The event, which took place at the Blue Holler Offroad Park in Edmonson County, was meant to be a party with “mud, music and mayhem.”

By the time the event ended, one man was hospitalized after someone slashed him across the throat. The suspect has not been caught, according to police.

“They were intoxicated, they got into a fight, one of them slit the other one’s throat and then fled into the park,” Edmonton County Sheriff Shane Doyle said.

Another woman was strangled to the point of unconsciousness. Police said Lancer Hodges, of Michigan, was arrested after he allegedly got into an argument with a woman over a blanket. Hodges then allegedly choked the woman until she passed out.

In another incident, a man was driving alongside another car when he ran over a log that ended up going through the bottom of his car. The log pinned to the man after it went through the back of the driver’s seat.

“When it tried to come out through his back it was stopped by a steel plate behind his seat,” Doyle explained.

First responders airlifted the man, with the log still stuck to him.

In all, police arrested six people on felony charges and filed numerous alcohol and drug violations. Many of the infractions happened outside of the park.

“The first vehicle that came through, we found meth, marijuana, and an open alcohol container,” Doyle said. “And then one of the occupants had two active warrants. We were like ‘well, this doesn’t bode well for the weekend.'”

Meanwhile, another “Redneck Rave” is planned for October. Visit the official Facebook page for additional information.