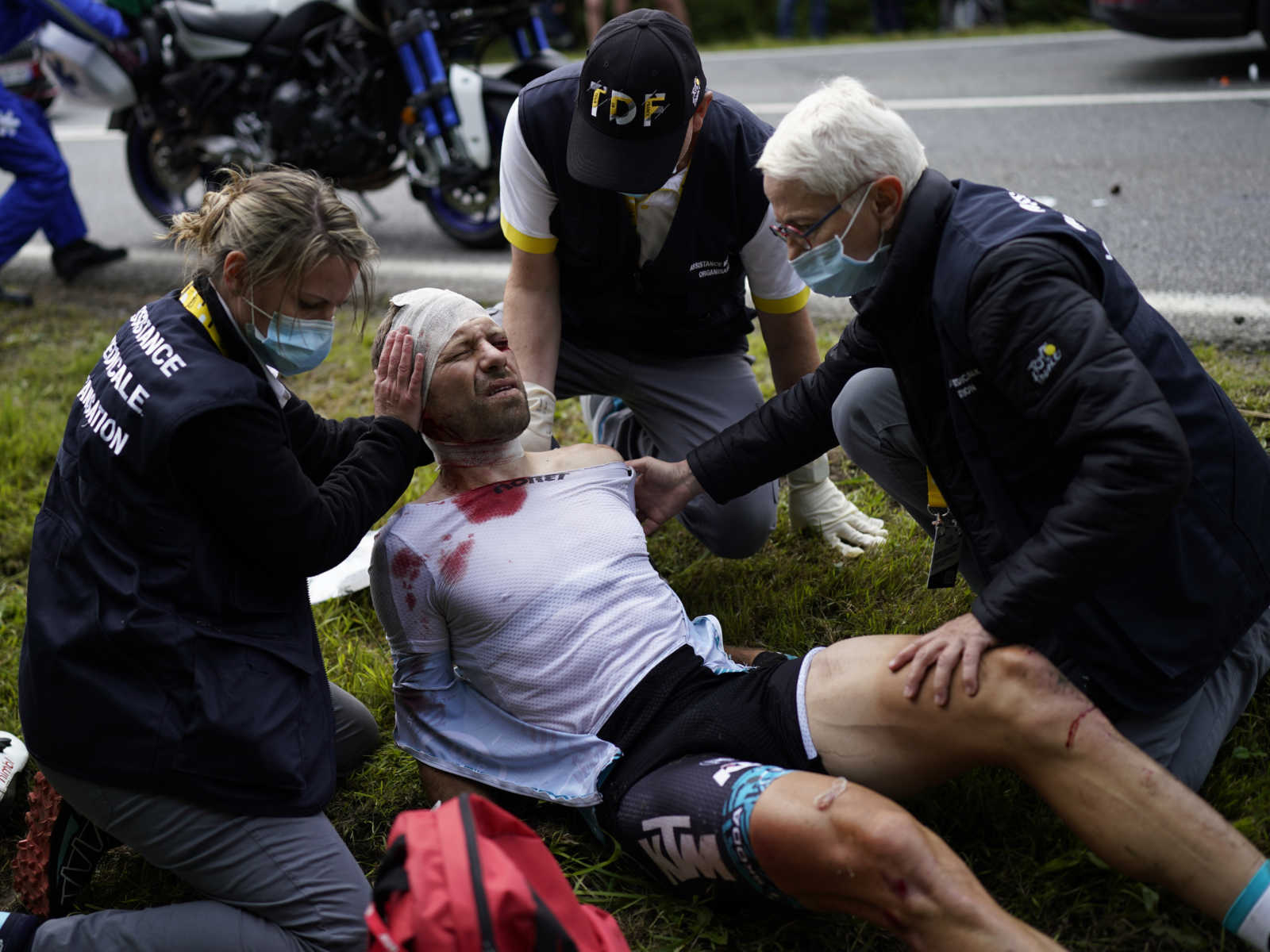 Officials are searching for a female fan who apparently caused a peloton to crash during the 2021 Tour de France on Saturday.

According to Cycling News, a female spectator was holding a sign that read “Allez Opi-Omi,” that jutted out into the road as the group of cyclists neared. Cyclist Tony Martin crashed into the sign first. Other cyclists tumbled over behind him within seconds.

The fan holding the sign disappeared shortly after the crash. Police continue to search for her.

“We had everything under control until the crash,” Martin later said during a press release. “I brought the guys to the front via the right side of the road, but crashed into the sign of the spectator. It all happened very quickly; suddenly almost the entire team was on the ground.

“Many spectators behave respectfully, but unfortunately not this one. Fortunately, Primoz came through it well. I hope the physical damage to myself and the other guys is manageable.”

Tour de France organizers intend to sue the woman, according to L’Equipe.

“We are suing this woman who behaved so badly,” race deputy director Pierre-Yves Thouault said.”We are doing this so that the tiny minority of people who do this don’t spoil the show for everyone.”

Finistère area law enforcement officials have opened an investigation into the incident after cyclists were injured due to a “deliberate violation of an obligation of safety or prudence” caused by the spectator.

Three cyclists were withdrawn from the race, due to their injuries.

“They’re part and parcel of the spectacle of the Tour de France,” 2012 Tour de France winner Bradley Wiggins told Eurosport. “And this year, in particular, being able to come back onto the route and watch it. I don’t know how you police it.”

Wiggins reportedly added that he didn’t feel sympathy for the spectator because she ultimately caused the crash.

Anyone with information should call the operational center of the Finistère gendarmerie at 02.98.55.80.66.