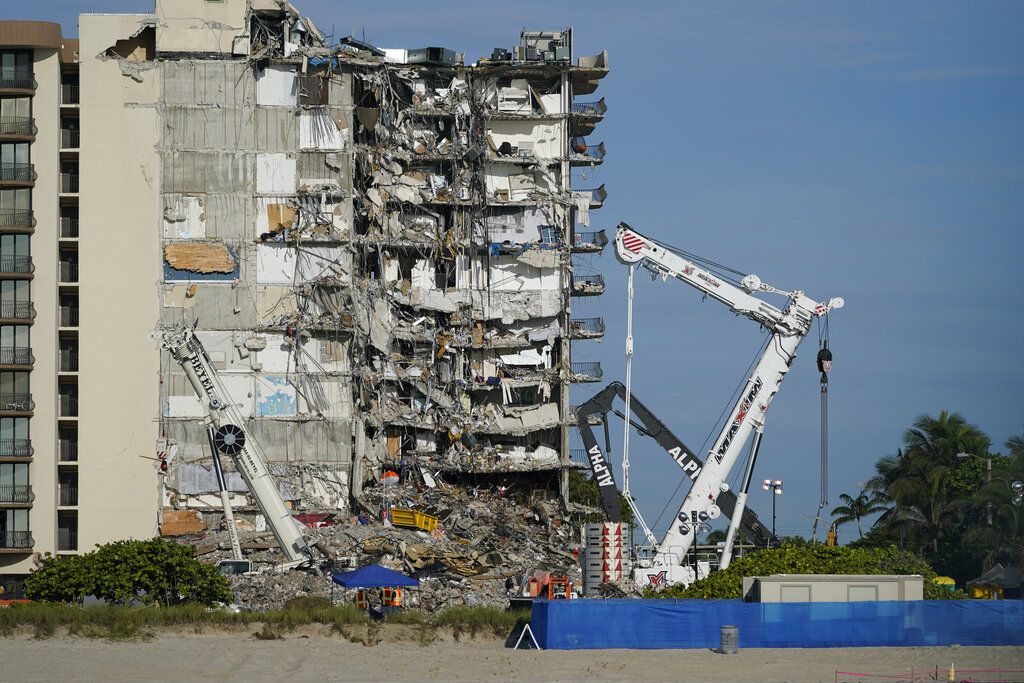 ‘We’re going to get you’: Surfside collapse rescuers spoke to woman begging for help in the rubble, but couldn’t reach her

Rescue workers searching through the rubble of the Surfside condominium building collapse in Florida heard a woman’s voice crying out for several hours — but they were unable to get to her.

According to the Daily Beast, Miami Rescue Chief Alan Cominsky spoke of the tragic development at a press conference Thursday morning, telling reporters that rescuers heard the voice the same day the building collapsed in the very early morning of June 24.

“They were searching for a female voice, is what we heard for several hours, and eventually we didn’t hear her voice anymore,” Cominsky said. “Unfortunately we didn’t have success with that.”

One of the rescue workers spoke on the condition of anonymity to Local 10 News, revealing that rescuers communicated with the woman but faced insurmountable obstacles in their attempt to pull her to safety.

“The first thing I remember is thumping on the wall and then I remember her just talking, ‘I’m here, get me out. Get me out,’” the rescuer said.

The reports do not present a complete picture of the failed rescue attempt, but indicate the victim who spoke to rescuers was an adult female, whose parents were also trapped. It is unclear if the parents were also still alive at the time.

Local 10 News obtained an email from a supervisor who was reportedly worried about the impact of the tragedy on the rescue crew. In the email, the supervisor said the rescuers were “involved with an active conversation with the female trapped next to the bed about 10 to 11 hours after the collapse. … She was aware her parents were also trapped next to her.”

The email reportedly stated that the rescue effort was hampered by a fire that forced the rescue workers back, apparently away from the woman. The supervisor also wrote, “we know she passed.”

The rescue worker who spoke to Local 10 News said he never saw the woman.

Miami-Dade Lt. Obed Frometa, with Florida Task Force told the news station that the tragedy is having a severe emotional impact on rescuers.

“We have team members that have firsthand friends that are potential victims of this, so it weighs on them and it weighs on us,” Frometa said.

According to Fox News, 145 people are missing and 18 people are confirmed dead from the building collapse.