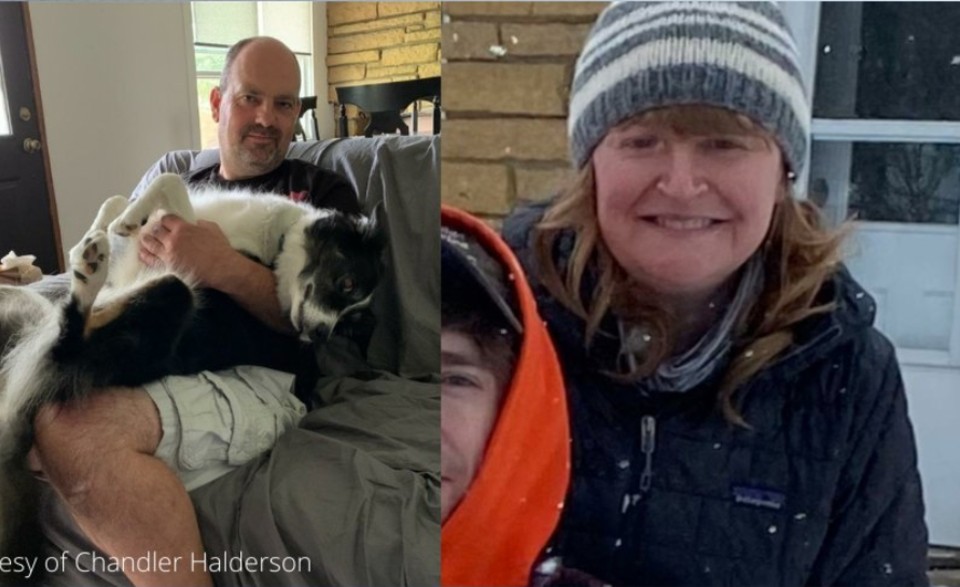 Investigators searching for a missing married couple in Wisconsin have found two bodies in a remote part of Dane County.

As CrimeOnline previously reported, Bart and Krista Halderson were last seen at their home on July 1, and were reported missing earlier this week when they did not return home from a July 4th weekend trip to their cabin in Langlade County. Their 23-year-old son Chandler Halderson reported them missing after a relative had gone to the cabin and didn’t find them there. Chandler reportedly told police that his parents had driven to the cabin with another couple, but he wasn’t sure who.

Chandler Halderson was taken into custody on Thursday on suspicion of providing a false report in a kidnapping investigation. As WMTV notes, the sheriff’s statement about the arrest did not specify why the disappearance is being treated as an abduction or why authorities believe Chandler Halderson provided a false report. Investigators reportedly found the human remains on Thursday, but it is not clear if this was before or after Chandler’s arrest.

According to the report,  Dane County Sheriff Kalvin Barrett made the announcement of the discovery in a news conference on Friday. The sheriff said that remains had not yet been positively identified, and that a medical examiner was at the property where the remains were found. It is unclear where in relation to the couple’s Windsor home the bodies were found, or if they have any connection to the property.

The sheriff reportedly said at the press conference that the investigation remains active and urged anyone with information to contact the Dane County Sheriff’s Office tip line at 608-284-6900.