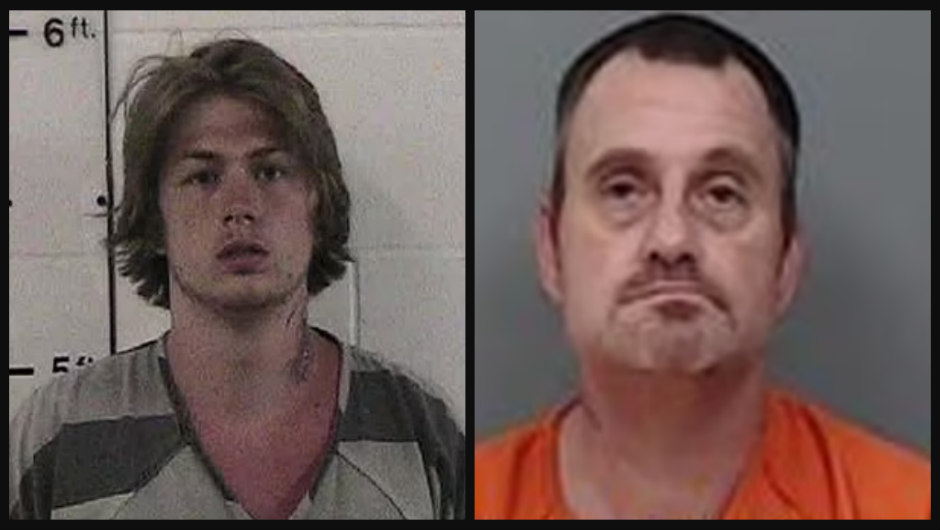 Mollie Tibbetts: Are These the True Killers? Witnesses Name Others as Slain Jogger’s Murderers

Convicted killer Cristhian Rivera, who was found guilty this year of murdering slain jogger, Mollie Tibbetts, has not been sentenced as scheduled after witnesses came forward about others possibly being involved in her death.

As CrimeOnline previously reported, Judge Joel Yates ordered Rivera’s sentencing to be delayed last week after two witnesses told investigators that a different man confessed to the crime. The delay came about after the defense filed a motion, blaming the prosecution for withholding evidence.

According to Bahena’s attorneys, Chad and Jennifer Frese, an inmate at the county jail said in May that he heard someone admit that Tibbetts was “bound and gagged in a trap house but that he was directed to kill Tibbetts once the search for her got too close,” CBS 8 reports.

Citing information provided by inmate Arne Maki, two men, identified as Gavin Jones, 21, (pictured left) and Dalton Hansen, 24, (not pictured) are allegedly the true killers. Maki told authorities that Jones said he killed Tibbetts with the help of Hansen after a sex trafficker ordered her to be killed.

The witness allegedly claimed that Tibbetts was being held for sex trafficking but then killed when her case became too high-profile.

Both Jones and Hanson, according to The Associated Press, have denied the accusations against them. They both reportedly said they had nothing to do with Tibbetts’ death and that no one has even questioned them about the case.

“The cops haven’t talked to me. No one has talked to me. You are the first person that has called me,” Jones told AP. “I wasn’t involved in anything. I have alibis and everything. I am just waiting for someone to come talk to me.”

Hansen also reportedly denied the accusations, claiming that he has “no clue why my name even got brought up with this.”

Rivera’s defense lawyer, Jennifer Frese, said that James Manuel Lowe (pictured right) was the alleged sex trafficker. The 50-year-old was reportedly identified as someone who once lived with the mother of Xavior Harrelson, 11, in New Sharon, Iowa. The boy disappeared from his home a day before Rivera was found guilty.

Hansen’s former girlfriend, identified as Lyndsey Voss, also came forward and told police that Jones put a gun to his head and admitted his part in the murder, according to court documents.

Last week, the prosecution said that there’s “zero” evidence to back up Jones’ confessions and that there’s no doubt that Bahena murdered Tibbetts.

During his trial, Bahena alleged that two masked men kidnapped him at gunpoint at his home and made him drive them to Tibbetts, where they carried out the killing and stuffed her in his trunk.

Rivera also alleged that authorities pressured him into a false confession. He previously told investigators that he followed Mollie in his car while she was jogging, but blacked out when she threatened to call the police on him. Rivera claimed he woke up with blood in his car and Tibbetts’ body in his trunk.

Tibbetts was later found dead in a cornfield after Rivera led police directly to her body.

Judge Yates agreed to delay Rivera’s sentencing while he mulls over whether to order a new trial. Both Hansen and Jones, who grew up with each other said they didn’t know Maki well, although they were briefly in jail with him around the same time, at the Keokuk County jail.

“They aren’t going to stand up and say they did it,” defense attorney Chad Frese said, explaining why the new suspects are denying involvement.

On August 16, 2018, a few days before authorities found Mollie Tibbett’s body, a Poweshiek sheriff’s deputy spoke with Rivera after he voluntarily pulled his black Chevrolet Malibu over after spotting the deputy following him.

Through an interpreter, Rivera initially told the deputy he knew nothing about Mollie’s disappearance. Surveillance footage provided by a local Brooklyn resident later showed a car that looked exactly like Rivera’s circling around a jogger several times on July 18, 2018, the last time Mollie was seen alive.

“During our neighborhood canvas, we came across an individual that had security cameras,” Poweshiek County Sheriff Tom Kriegel said in 2018, explaining how Rivera landed on the radar of authorities.

“He [the resident with surveillance footage] was kind enough to give us the footage from it. And through that, we were able to identify a vehicle that believe belonged to Mr. Rivera. It was a black Malibu. And from that we were able to track his pattern and the routes in which he took.”

On August 18, 2018, deputies arrived at Rivera’s workplace, at Ybarra Farms, and asked him via a Spanish interpreter if they could search his car. Rivera reportedly agreed. Rivera again voluntarily spoke with authorities, according to court documents. This time, he indicated he did see Mollie and thought she was “hot.” He also said Mollie waved “hi” to him several times.

Around the same time, investigators found blood inside Rivera’s car. At 11:30 p.m. that night, federal agents put an immigration detainer on Rivera, who’s originally from Mexico and was living undocumented in the U.S.

Throughout the rest of the interview, according to authorities, Rivera made numerous incriminating statements.

“He [Rivera] gradually shifted from a denial of killing Mollie to a claim that he ‘didn’t remember doing anything to her,’” court documents read.

Tibbetts, a University of Iowa student and an avid jogger who ran on the cross-country team during high school, disappeared on July 18, from Brooklyn, Iowa.

Authorities eventually charged Rivera with murder after he led them to the victim’s deceased body, found in a cornfield around 12 miles southeast of Brooklyn, according to an arrest affidavit.

“The defendant led police directly to Mollie’s body at the conclusion of the interview, he was seen in proximity to Mollie while she was running on the last night of her life, and Mollie’s blood was found in the trunk of the Defendant’s car,” the prosecution wrote. “All of these facts are extrinsic to the interview and independently establish the defendant was the killer, not a false confessor.”

Rivera told investigators that he spotted Mollie jogging near Middle and Boundary Streets when he slowed down and started following her in his black Chevrolet Malibu.

At some point, Rivera got out of the vehicle and began following the University of Iowa student by foot, even jogging alongside her. Apparently frightened, Mollie told the suspect she would call 911, then pulled out her phone, according to Rivera’s reported admission.

Rivera said he became upset and “blacked out” at the threat, something he claimed he did often when becoming too angry, according to investigators.

Rivera allegedly told investigators the next thing he remembered was waking up inside his car, parked at a rural intersection. He immediately made a U-turn and drove to the entrance of a rural field. He then drove into a driveway of a cornfield.

Rivera said at some point he looked down noticed Mollie’s earpiece from her earbuds or headphones lying on his lap, and “realized he put her in the truck.”

Upon checking the trunk, Rivera said he found Mollie inside, with one side of her head bloodied, according to the affidavit. The suspect allegedly said he pulled Mollie out of the trunk and dragged her by foot into a secluded area in the woods.

Rivera then tossed Mollie over his shoulders and walked around 20 meters into the woods, where he tossed her body on the ground and covered her with corn leaves, the affidavit read.