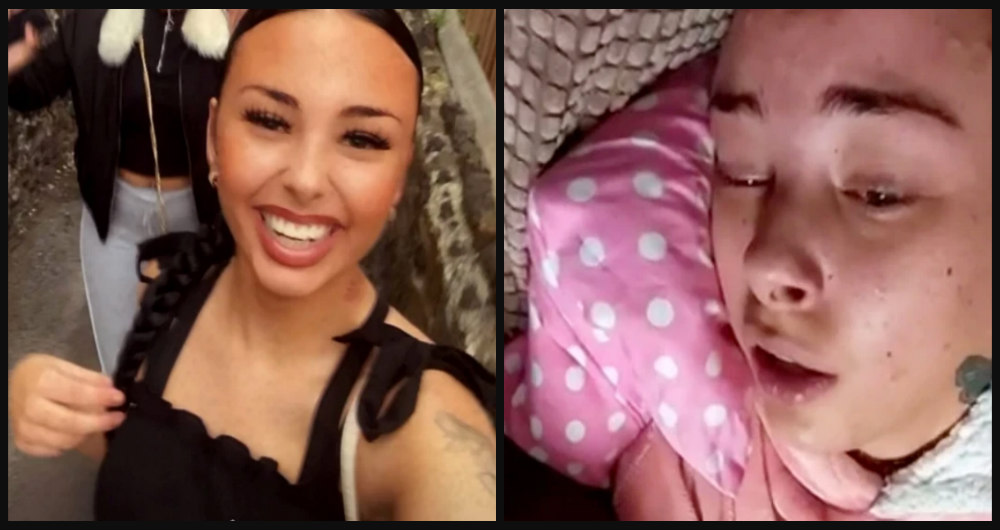 ‘I tried to defend myself, but before I knew there were just loads of them all on top of me.’

A pregnant teen attacked at a pub after watching a sports game has apparently lost her baby after enduring severe injuries.

Beth Newman, 18, was watching the Euros final at the Quart In A Pint Pot with her aunt in Margate, Kent, England, when a pack of girls reportedly attacked her. According to police, the July 11 attack was unprovoked and happened after around four to six unknown females jumped the victim.

“It was completely unprovoked,” Newman told KentOnline.”I walked round past the first girl and was walking back towards the pub walking back to grab my friends, and she just looked me up and down.”

“I looked at her back, and she was like ‘what the **** are you looking at?’ I just calmly said ‘what’s your problem?’ I started to walk away and she came up behind me and grabbed my plait, and punched me round the side of my head.”

“I tried to defend myself, but before I knew there were just loads of them all on top of me.”

Newman said the assailants stomped on her head, punched her, and kicked her in the stomach, which ultimately led to a miscarriage. According to Newman, she was in the early stages of pregnancy.

Following the attack, Newman developed seizures, a disorder she had never experienced before. She was taken to Margate’s QEQM hospital, where she stayed several days after enduring a head injury.

“I was in and out of seizures on the floor, and in the ambulance,” Newman said.

Newman’s mother, Kat Hazelton, stated that her daughter’s condition became critical shortly after the attack, and continued on at the hospital.

“she’s not stopped having seizures and is in critical care! Please if anyone knows anything contact me! That goes for those who know something or have seen something on Snapchat but don’t want to be grasses!”

Newman is now recovering at home but said she’s afraid to leave her residence after the attack. She lost a job she was supposed to start, reportedly as a caregiver.

“I’m scared to leave the house. I don’t want something else to happen, and I don’t want to be alone because I might have a fit.”

Police continue to investigate the incident. So far, no suspects have been named or arrested.