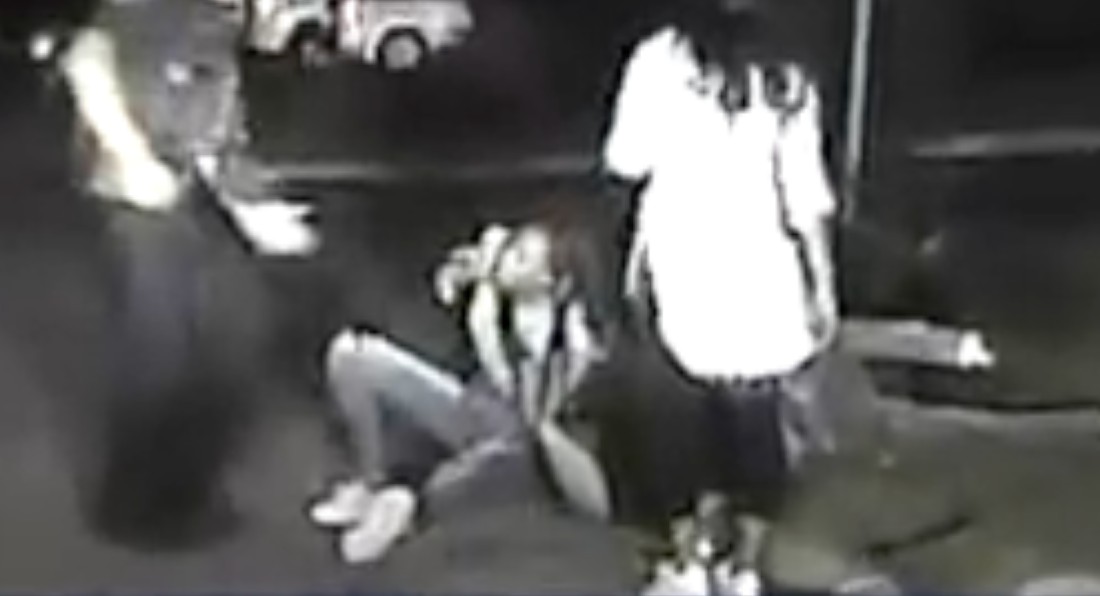 Caught On Video: Police Dashcam Footage Captures Struggle Between Officer and Suspects Accused of Strangling Him

Three family members in Colorado were arrested after a traffic stop allegedly turned violent, with one of the suspects of putting a police officer in a chokehold.

As WGN-9 reports, the incident took place on June 21, when an unidentified officer pulled over a vehicle for running a stop sign. The dashcam video shows the driver and the other occupants of their refusing to obey the officer’s commands, while he warns them that they will be arrested for obstruction.

According to the report, Aurora police say all three suspects, who are siblings, physically assaulted the officer. One woman allegedly struck the officer “with closed fists” and kicked him repeatedly. Police also said a suspect placed “a forearm around the officer’s neck and applied significant force to his windpipe, causing him to lose the ability to breathe.”

As a press conference Wednesday, Aurora Police Chief Kristen Ziman reportedly said that the traffic stop would have led to a citation “at most, but turned into an officer fighting for his life.”

Sheba Taylor, 26,; and Paul Sherrod, 28; both of Aurora, and Jennifer Taylor, 24, of Chicago, have been charged with attempted murder.

“Because of the strangulation and because of the research that we know about how quickly it is for somebody to lose their life as a result of somebody preventing them from being able to breathe, we believe that the proper charge was attempted first degree murder,” Kane County State’s Attorney Jamie Mosser said, according to Fox 32 Chicago.

All three suspects have been released on bond and are due in court in September.