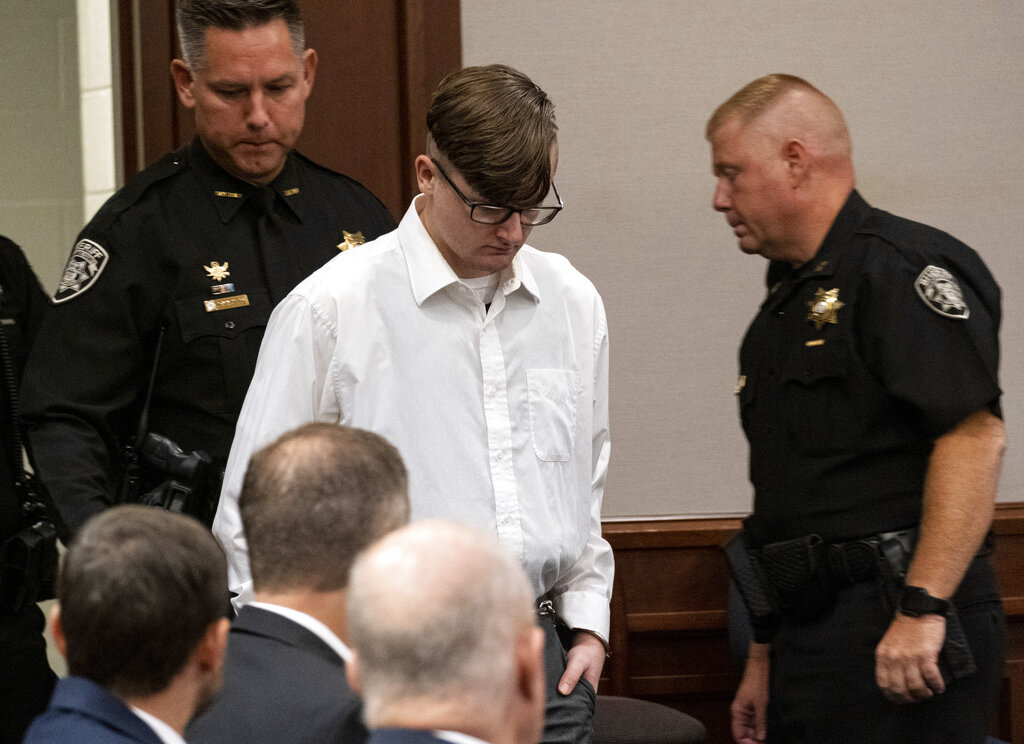 Atlanta ‘Spa Shooter’ Takes Plea Deal to Spare His Life, Could Still Get Death Penalty After Killing Asians for ‘Making a sport of’ Sex

Robert Long, a Georgia man who confessed to killing numerous Asian people earlier this year, could still get the death penalty despite taking a plea deal to spare his life.

As CrimeOnline previously reported, Long pleaded guilty Tuesday morning during a hearing at the Superior Court of Cherokee County in Canton, to the murders of four people. Although a total of eight people died when Long reigned terror over Atlanta-area spas in March, part of the plea deal entailed pleading guilty to the killings that happened in Cherokee County.

Long’s case in Fulton County is still pending. Fulton County District Attorney Fanney Willis said she still intends to seek death as punishment for the four remaining people who were killed in Atlanta.

On Wednesday, Long was transferred from Cherokee County to Fulton County jail, where faces charges from the other murders. Willis previously said she thinks the case could last up to 36 months since her office will be seeking death for Long, 11 Alive reports.

“I don’t see it as a long shot, but getting a death sentence anywhere in metro Atlanta is going to be tough,” Robert James, a former DeKalb County District Attorney, told the outlet.

“All you need is one individual that decides that this person doesn’t need to die. When it comes time for them to say, ‘yes I vote to execute you, to take your life,’ that is a tall task. A heavy burden.”

Long, who is from Woodstock, told police he had previously visited some or all of the massage parlors he targeted. Long claimed he had a sex addiction and denied the killings were racially motivated.

Previous Video Coverage of the Case

Long pleaded guilty to the Cherokee County murders of:

Long previously said he pulled the trigger and shot Michels first, at the Youngs Asian Massage in Woodstock. Afterward, the rest of the killings were a blur, he said.

Long made his way to two other Atlanta-area spas, where he killed three women at the Gold Spa on Piedmont Avenue in Fulton County, and another woman at Aromatherapy Spa, just across the street.

Willis said she’s convinced there is enough to convict Long of both murder and hate crimes, AJC reports. Long previously insisted that the crimes had nothing to do with the victims being Asian. Instead, he claimed pornography and sex clashed with his strict religious background.

“I spent 10 hours with the victims’ families. I’m completely confident they support me in this,” Willis told AJC. “I think these victims deserve a thorough examination of what happened and why it happened.”