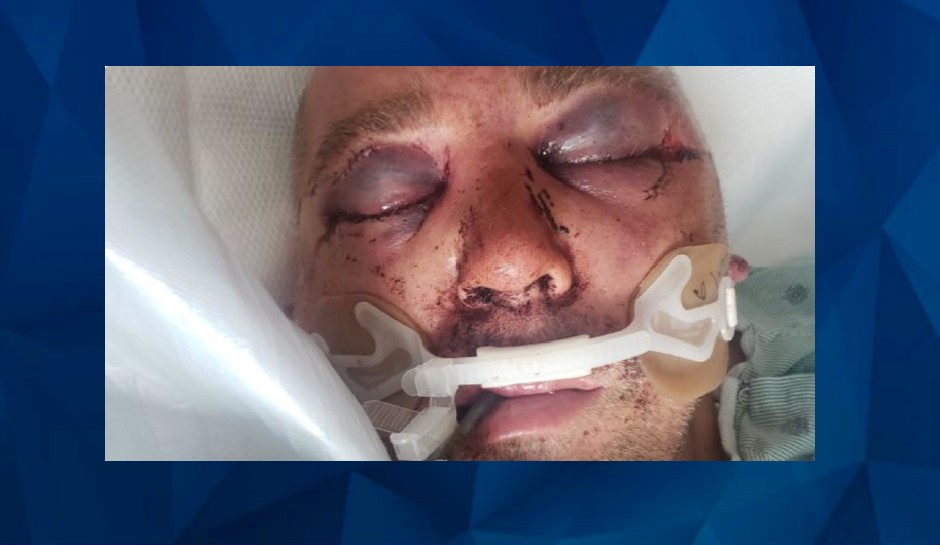 Neighbors brutally beat man who asks them to turn down their music, family says

A Florida man is in a medically induced coma after he was allegedly beaten by his neighbors during an argument over loud music.

According to the New York Post and NBC 6 South Florida, 42-year-old Frank Penkava, of Hollywood, was hospitalized following the June 14 incident that his family says left him unrecognizable, with multiple fractures to his face.

Penkava’s family reportedly believes he was beaten by his neighbors after asking them to turn down their music last month.

According to WPLG, Penkava remains unstable over a month after the incident, and needs to be stable before doctors can perform surgery for one of his injuries, not specified in the report. Doctors are also monitoring him for possible brain damage.

“My son has a little boy. He is going to be 4 years old, He is beautiful and he may never know his dad,”  his mother, Joan Penkava, told the news station . “We don’t know what damage has been done mentally, let alone all of the physical issues he has. It’s very disheartening.”

The victims’s sister, Gina Horvath, told WPLG that Penkava developed an infection while in the hospital.

“He continues to fight every day but he’s very, very sick,” she said.

The WPLG report shared a partial transcripts of Penkava’s 911 call on the morning of the incident. In the call, Penkava implicates his neighbors and says “I need help. I am bleeding a lot.”

Police have not made any arrests, and it is unclear if authorities have opened a criminal investigation. Penkava’s family has asked anyone with possible information to contact Broward County Crime Stoppers at 954- 493-8477.

The family has organized a GoFundMe campaign to raise money for a reward.