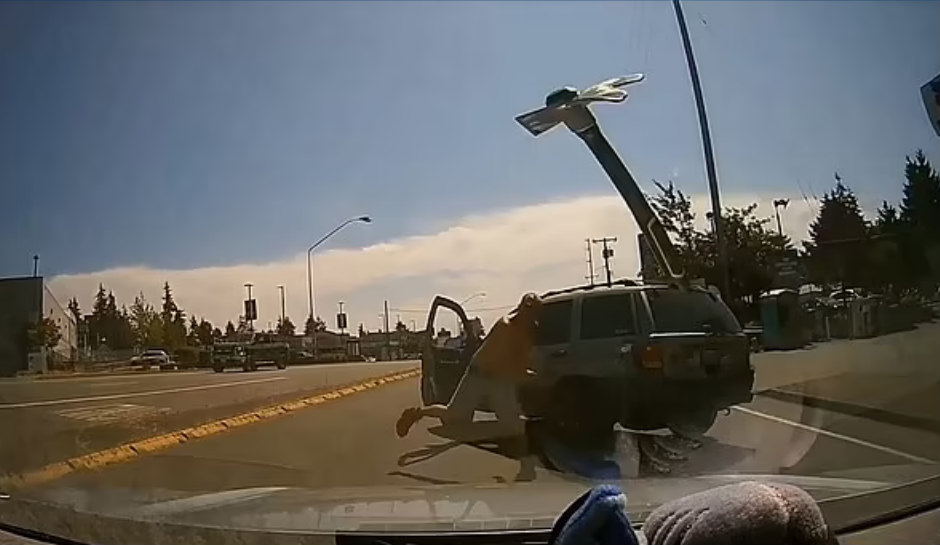 A Washington man is facing charges after he allegedly chased another driver and threw an axe at their windshield.

The incident happened July 27 in King County, near Interstate 5. A Jeep driver merged onto the NE 145th St I-5 ramp and began honking at another driver who merged at the same time. As both vehicles continued northbound, the Jeep driver continued to honk so much that the other driver took the next exit to avoid him.

Fox 8 reports that the Jeep driver is accused of following the driver as they took the Ballinger Way exit in Shoreline, then pulling in front of the driver and blocking their car. Within moments, the man exited the car and threw an ax at the victim’s windshield.

“This video nearly says it all,” the King County Sheriff’s Office wrote on Facebook.

“Using additional surveillance, King County detectives identified the Jeep’s driver. They learned that only three days after this incident he was apprehended for multiple felonies after fleeing from deputies in Snohomish County.”

Snohomish County police identified the man through the video footage. He was captured at a Seattle park on July 30. Police said the same man had another road rage incident with a different driver shortly after the ax incident.

The suspect was arrested and charged with a hate crime, eluding, and theft. He was also arrested for an outstanding robbery warrant.