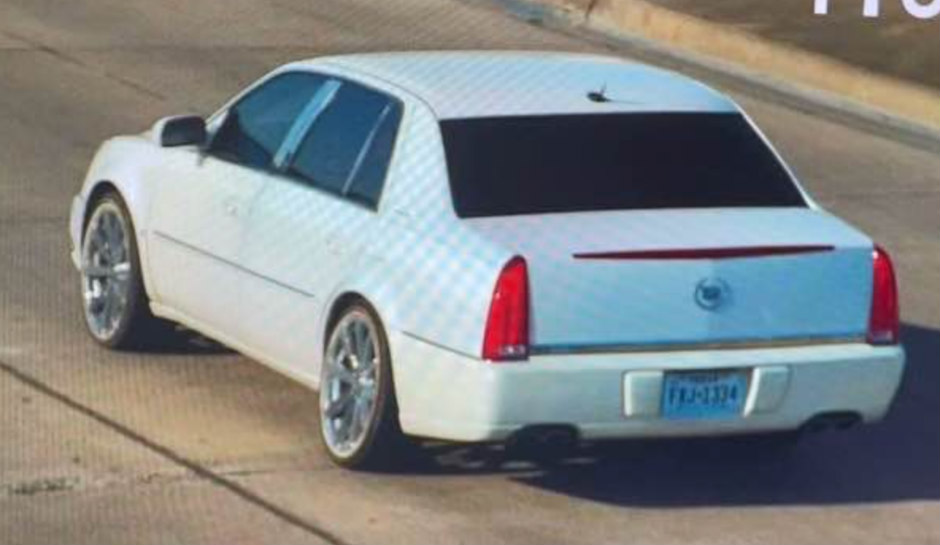 A car connected to the shooting of a Texas officer has been located, but authorities are still searching for the suspect.

According to the Times New Record, police discovered a white Cadillac Tuesday morning near the United Regional Health Care hospital. A suspect driving the vehicle is accused of shooting at an officer during a traffic stop in Jolly. The officer, Brent Chitwood, was shot at and returned gunfire. It’s unclear if the suspect was shot.

Chitwood went to the hospital for treatment afterward and is expected to be OK. Authorities subsequently issued a Blue Alert for the suspect, meaning a statewide alert that authorities are searching for someone who injured or killed an officer in the line of duty.

Chitwood described the suspect as a white male who appeared to be in his 20s, with a thin build.

The incident unfolded at Chitwood walked toward the driver’s side of the car during a routine traffic stop late Monday night. As Chitwood approached, the suspect rolled down his window and opened fire.

“[Chitwood] didn’t get a real good look because as soon as he got to the door frame he got shot in the chest,” Sheriff Jeff Lyde of the Clay County Sheriff’s Department said.

The suspect was last seen at around 7 p.m. Tuesday on northbound U.S. Route 287 in Jolly, The Dallas Morning News reports

Crime Stoppers of Wichita Falls is offering a $5,000 reward for information that leads to the suspect’s arrest. Lyde is matching the reward. Contact Crime Stoppers at 800-322-9888.

“To the guy who did this today, you didn’t get my guy. You shot him in the vest. You didn’t get him. But we are going to get you. Bet that,” Lyde said. “Deputy Chitwood is going to be absolutely OK.”