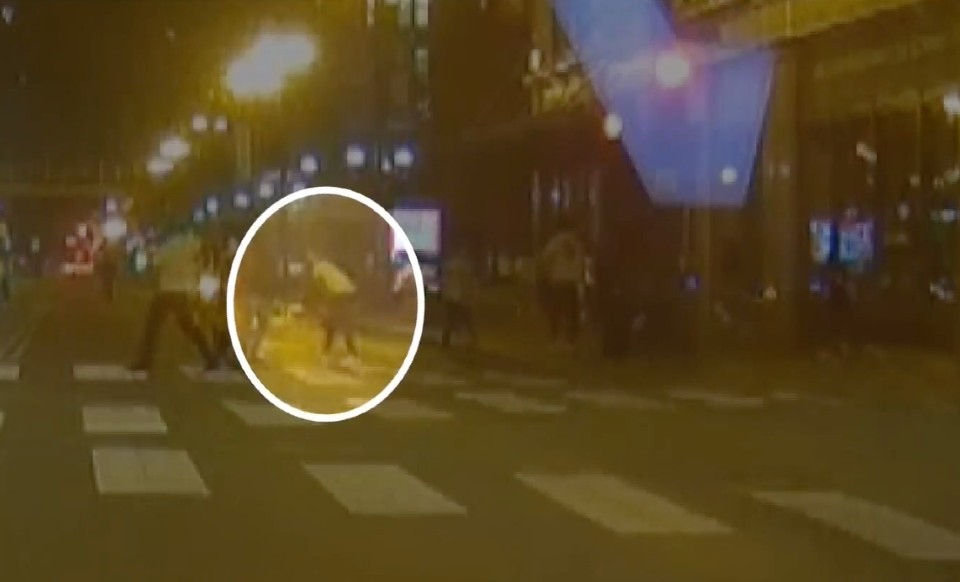 ‘They Kept Chasing Me’: Mob of Teens Attack Woman On Date With Boyfriend, Leave Her In Critical Condition [Report]

What had begun as a romantic date night in Chicago was ruined by mob of teens who attacked a woman and her boyfriend on Saturday night.

As CBS Chicago reports, the unidentified woman and her boyfriend were waiting for an elevator at a subway station at about 11:30 p.m. Saturday when they were attacked by a sizable group of teens, both male and female.

Two of the teens allegedly hit the man in the head from behind.

“Then I said: ‘Uh-oh, that’s not safe. We have to run. Then I ran. They’re chasing. There came more – like seven or nine. They kept chasing me,” the woman told the news station.

The teens allegedly began beating the woman after she ran from the station into the street. They continued to attack her as she begged them to stop, the victim said.

According to the report, a rideshare driver near the scene captured some of the attack on video, which can be seen here.. The footage shows the woman falling to the ground after the teens attack her, and a man — presumably her boyfriend — trying to help her. Ultimately, an Uber driver stopped and offered the injured couple a ride. The woman was listed at one point in critical condition, CBS Chicago reports.

According to the report, the victims were likely targeted by the same group of youths that are believed to be responsible for five attacks in the Loop section of the city. Four of the suspects were taken into custody but released without custody. And CBS Chicago reports that the youngest in the mob is only 12 years old.

It is unclear is police are seeking additional suspects.

The woman attacked on Saturday night was disappointed that no charges have yet been filed, CBS Chicago reports.

“Maybe because they’re teenagers? I don’t know,” the woman told the news station. “I don’t have no idea.”

It is unclear from the report if that woman has been released from the hospital.