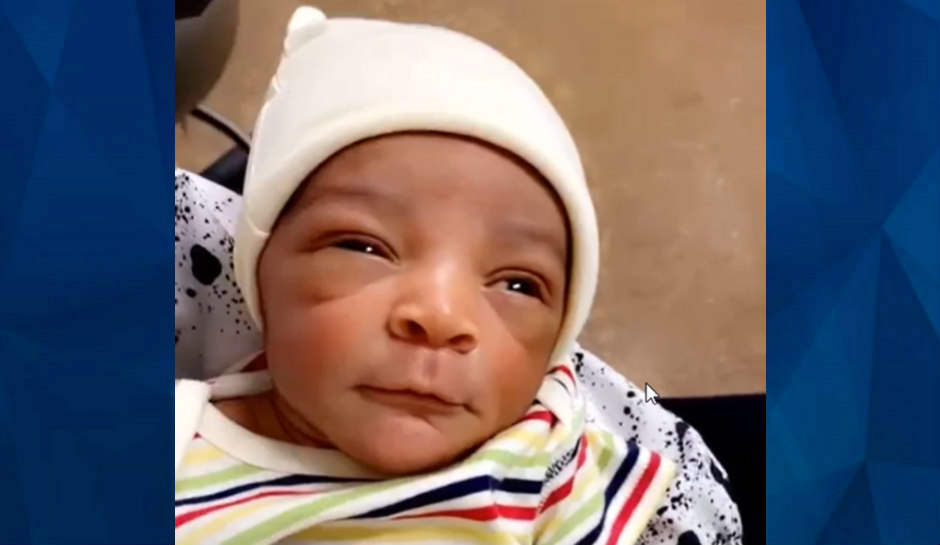 Alabama authorities confirmed that the infant was found safe at around 6 p.m. No further details are available at this time.

Alabama authorities are searching for a missing 4-day-old baby who was abducted from his Fairfield home on Tuesday.

Jefferson County sheriff’s deputies responded to a home off of Jerry D. Coleman Street at around 2:20 p.m., after a frantic 911 call about missing infant, Kamarian Taylor. The caller said the baby had been abducted from his playpen while his mother napped.

Al.com reports that the baby’s mother was hysterical when deputies arrived but said she knew who might have taken her son.

At around 3 p.m., authorities took in a female person of interest into custody, in Bessemer. Kamarian was not with her.

“We have that person in custody. We have the car,” Deputy Chief David Agee of the Jefferson County Sheriff’s Office said. “But we do not have this child, this 4-day-old male child, and the child is somewhere and we’re looking everywhere for that child.”

According to family members of the baby, the person of interest may have been planning to take the baby for some time. She allegedly befriended the baby’s mother during her pregnancy and later posted photos of Kamarian on her Facebook page.

She likely intends to pass the baby off as her own, the family added.

“So if someone turns up with a child you haven’t seen before, please contact us,’’ Agee added.