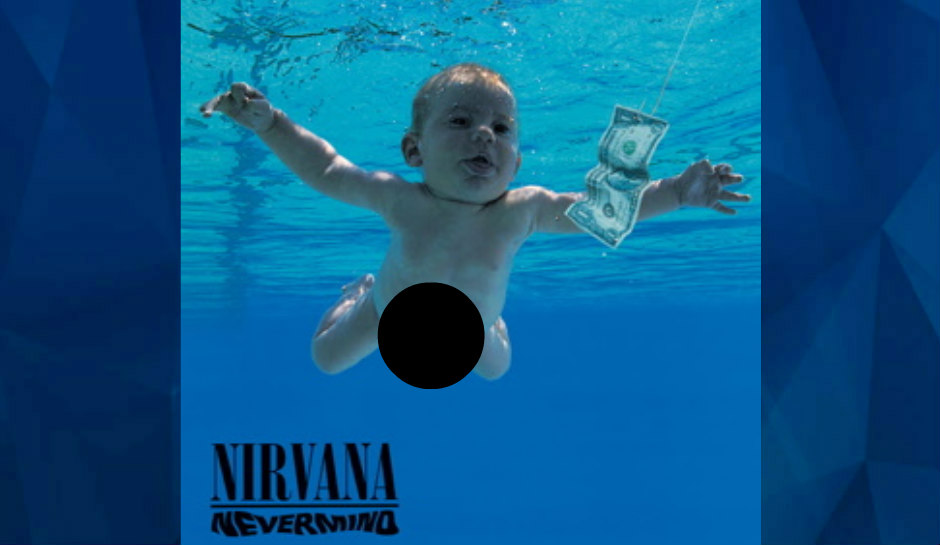 A 30-year-old California man who graced the cover of grunge band Nirvana’s “Nevermind” album has filed a lawsuit against the late Kurt Cobain’s estate, as well as the rest of the band members and others involved in the album’s artwork.

Pitchfork reports that Spencer Eldon alleges that his photo was taken without his consent in 1991, while he was a 4-month-old infant and had no way to consent to it. The photo, which shows Eldon as a naked baby underwater in a pool,  has reportedly caused the plaintiff “extreme and permanent emotional distress.”

Eldon filed the lawsuit Tuesday at a California federal court.

The lawsuit, which also named photographer Kirk Weddle and the labels that released the album as defendants, claims that the defendants violated federal child pornography statutes, sexually exploited him, and made him “engage in commercial sexual acts while under the age of 18 years old.”

The lawsuit also states that Eldon’s parents never signed a release to allow “the use of any images of Spencer or of his likeness, and certainly not of commercial child pornography depicting him.”

In a 2008 interview with NPR, Eldon’s father, Rick, said he was friends with Weddle, the photographer who took the famous photo. Weddle knew Rick had an infant son at the time and asked the dad if wanted to make some quick money.

In 2008, Eldon, who was still in high school at the time, seemed fine with the photo and reportedly told NPR that it was “cool.” He acknowledged that friends and many others had seen him naked on the album cover.

“Quite a few people in the world have seen my penis. So that’s kinda cool. I’m just a normal kid living it up and doing the best I can while I’m here.”

Eldon later got a “Nevermind” tattoo on his chest and recreated the album cover several times throughout the years. Then, in 2016, he began to feel uncomfortable about it, according to an interview he did with GQ Australia.

“I’ve been going through it my whole life. But recently I’ve been thinking, ‘What if I wasn’t OK with my freaking penis being shown to everybody?’I didn’t really have a choice.”

Along with damages, Elden is seeking a jury trial and an injunction to stop people “from continuing to engage in the unlawful acts and practices described herein.”