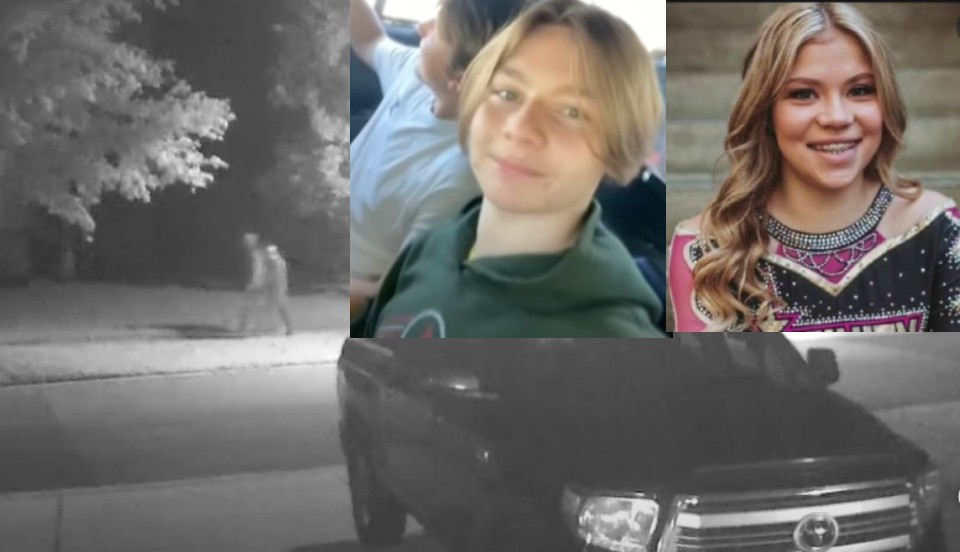 Authorities in Florida have released additional evidence in the murder case against 14-year-old Aiden Fucci, who is expected to be tried as an adult for the murder of 13-year-old Tristyn Bailey in May.

Bailey was reported missing on the morning of May 9 and found dead with over 100 stab wounds later the same day. Police and prosecutors believe Fucci killed Bailey, who was a former classmate and longtime neighbor of the suspect, in the early morning hours of May 9 after Bailey snuck out of her home.

News 4 Jax obtained new items of discovery that include surveillance or doorbell video that investigators believe shows Bailey and Fucci walking together near the wooded area where Bailey was later found dead. That footage also shows a figure running back alone at 1:52 in the morning. According to the report, police said the person in that video is Fucci.

The news station also obtained a Snapchat video believed to be taken on May 9. Fucci and another boy are sitting in the back of a patrol car, presumably when Fucci was initially taken in for questioning, and they are smiling, laughing and joking.

Multiple reports indicate that Fucci also says Tristyn Bailey’s name in the Snapchat video, but that part of the video was not shown.

Fucci is due on court for a pretrial hearing on September 1.