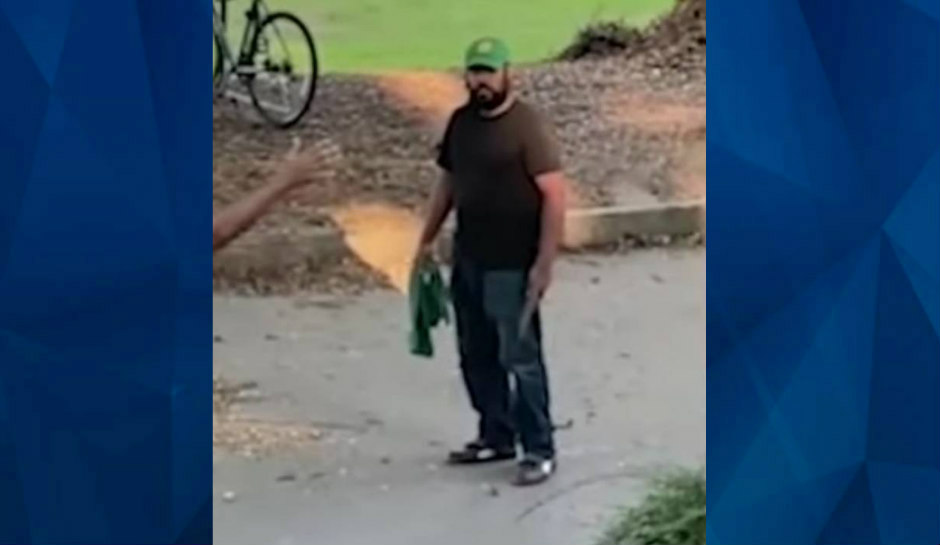 Two women who ventured to Atlanta’s Piedmont Park Monday say that an unknown man who they had never seen before tried to attack them with a sharp object.

Fox 5 Atanta reports that the incident occurred around 5 p.m. at the park. The man reportedly began yelling at two women and throwing objects at them. Then he started walking toward them.

“He comes over and starts literally yelling at us, cursing us out.  Saying he would beat us up,” one of the victims, Tyler Lee, told the outlet.

Lee was at the park with her friend, Brittany Sanders, who brought her two children along for a day outside. The suspect, according to the victims, “appeared out of nowhere.”

“This was broad daylight. This was at like 5 o’clock in the afternoon. It wasn’t at night or anything like that. There were a lot of people around. People didn’t intervene at first. They didn’t know we didn’t know him,” Sanders said.

A male passerby spotted the man walking toward the two women with something sharp in his hand. He stepped in to intervene, which helped to de-escalate the situation.

Authorities are aware of the situation and are currently working to determine what charges if any, the man will face.

Lee said she already felt uneasy going to the park after 40-year-old Katherine Janness was stabbed to death earlier this month while walking her dog near the park’s entrance. The suspect, who has not been captured, is accused of killing both Janness and her dog, Bowie.

“I will never go to Piedmont Park again,” Lee said.