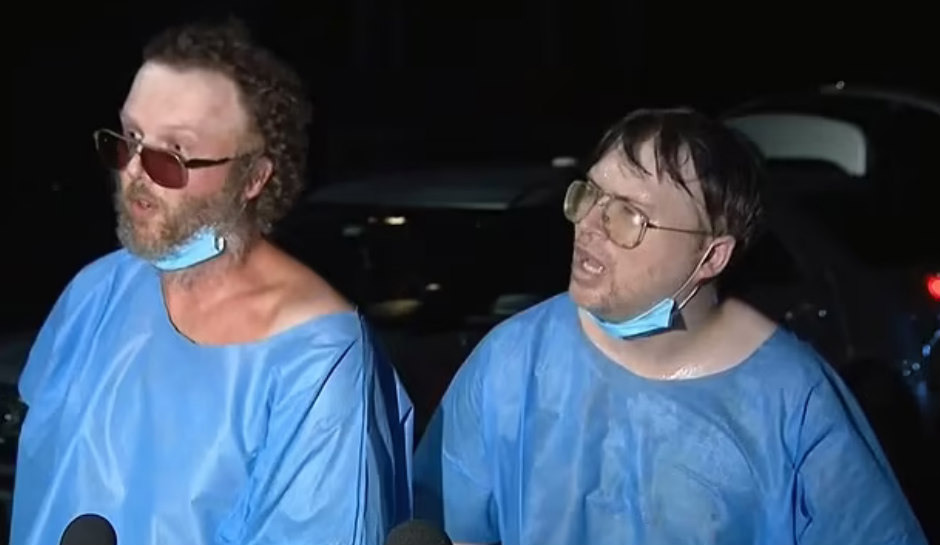 Illinois authorities performing a welfare check at a home in Lyons were greeted by two brothers living in shambles, who claimed they buried their mother and sister in their backyard.

Lyons police have no idea whether the brother’s admission is factual, but they contacted archaeologists and evidence technicians to start digging on Friday at a home off of Center Avenue. The brothers, identified as Michael Lelko, 45, and John Melko, 41, lived in the residence with their mother and sister, who have not been seen since 2015 and 2019.

“At this point we just don’t know, but we treat every death investigation as a homicide because we can’t go backwards, right?” Lyons Police Chief Thomas Herion said. “If we treat it as ‘natural causes’ and we don’t investigate any potential wrongdoing, it’s very difficult to undo what we’ve done.”

Fox 32 reports that the incident began when a neighbor saw one of the brothers crawling out of a window with a dog. The neighbor called for a welfare check shortly after. When officers arrived at the scene, Michael Lelko spoke to them first as they searched the house.

Police noted that the home was uninhabitable, with no water, gas, or electricity. The officers also had two dogs removed from the home.

“It was multiple liters of urine,” Herion told ABC 7 Chicago. “Every room, the front door, the backdoor were completely barricaded with debris, boxes.”

“I’ve never seen anything this bad. There were numerous bottles of urine – two liter containers, five liter containers. You come in and they’re just thrown about the house. There’s not a room in this house that I cannot – and I was in there personally, along with two other officers – that I could go into without stepping into something.”

The brothers told police that their mentally ill sister pushed their mother downstairs in 2015. Their mother later had a stroke and reportedly passed away the same year. Police became suspicious when Michael Lelko allegedly said their sister died from COVID in 2019 since the disease didn’t show up in the U.S. until 2020.

No deaths from the home have been reported to the state. Michal Lelko said they couldn’t afford funerals, so the bodies were kept at home and buried. Again, it’s still unclear whether the brothers are telling the truth, Lyons reiterated, and they are not currently facing any charges.

Police said the brothers were taken into custody for a medical check, but have not been charged with any crime. Authorities provided them with a hotel and food on Thursday after the hospital released them.