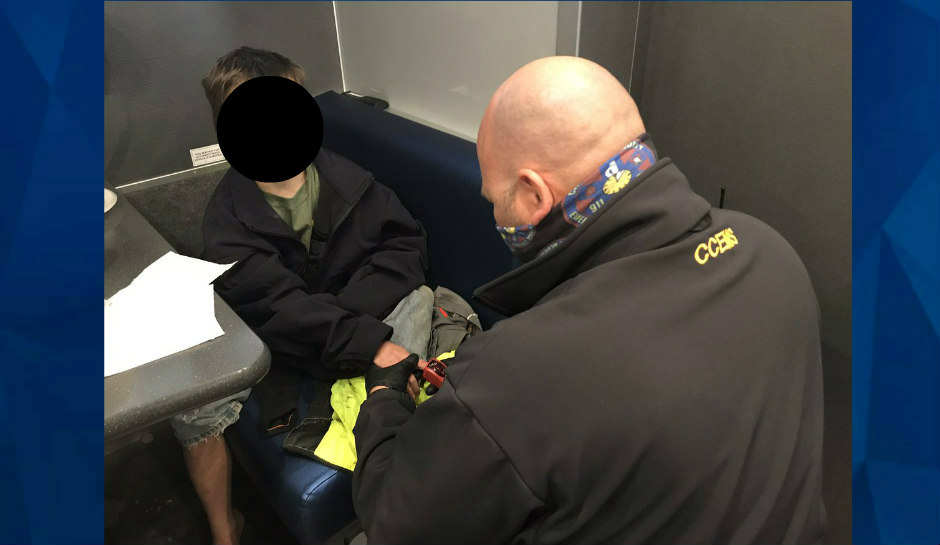 A father is speaking out after his biological child was named as one of the children abused by a Tennessee adoptive mother and her adult son.

Coletta Gorman and her biological son, Alvin Jensen, 30 appeared in court Monday on child abuse charges, stemming from three adoptive children that lived with them in a Cheathem County home.

As CrimeOnline previously reported, Jordan Gorman, 9, was found safe in November 2020, around 3/4 of a mile from his rural Ashland City home. Jordan, who had run away from home, told police that he made himself shelter with a blue tarp he found by a creek.

During Jordan’s disappearance, temperatures dipped into the 30s and 40s. TBI announced that the boy was found “cold and hungry,” but otherwise OK.

Prior to his disappearance, the boy’s adoptive parents reportedly said he was upset after an argument and ran off.

Jordan’s adoptive parents lost a 24-year-old son to a car crash in 2011. Since then, they have been adopting children, including Jordan and several others.

Earlier this month, the Tennessee Bureau of Investigation announced that Gorman and Jensen, who’ve been identified as the boy’s adoptive mother and brother, were arrested after a follow-up investigation that took place once the child was found.

Agents said Jordan was mistreated and abused at home, prompting him to run away.

“There was quite a bit of evidence that there was quite a bit of physical abuse occurring in the household over a period of time…that was one of these cases had such a happy ending. We were able to locate and bring him back, but with that it opened up whole another level of investigation,” Cheatham County Sheriff Mike Breedlove said.

Police said there’s no indication that the boy’s adoptive father played any role in the abuse.

Jordan’s biological father, Aaron Hatt, told NBC 4 that Jordan is one of his eight children. Three of Hatt’s children, including Jordan, were adopted by the Gorman family. Jordan was in the Gorman’s care for a few years before he was removed from the home, along with his siblings.

Now, Hatt and his wife, Katie, are hoping to regain custody of the children.

“We have slowly been trying to get involved with them and hopefully take steps because of course anyone who has children or has been around them a lot you know you can’t just step back in and say, “I’m mom, I’m dad”,”  Katie said.

Aaron Hatt added that he listened to his attorney and didn’t check in weekly on the children after they were adopted, but it’s something that he regrets.

“The regret I have really is instead of listening to my attorney and just standing back whatever. I should have pushed it more like every week checking.”

The children are currently under the custody of the Department of Children’s Services in Tennessee.