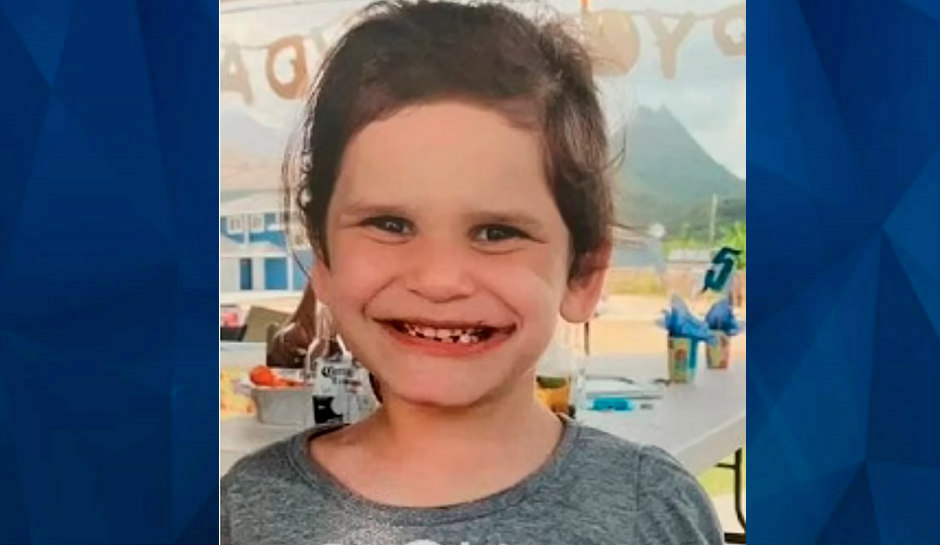 Hawaii authorities continue their search for a 6-year-old girl who’s been missing since Sunday night.

As CrimeOnline previously reported, Isabella “Ariel” Kalua was reported missing Monday by her family, according to Interim Police Chief Rade Vanic. She was last seen Sunday night when her adoptive parents put her bed at around 9 p.m., in their Waimanalo home, Hawaii News Now reports.

Vanic is asking residents of the area to check their garages, yards, and any other place that a young child could hide. Searchers have been scouring the surrounding areas but so far, the child has not turned up.

An AMBER Alert has not been issued in the case because police say the case doesn’t meet the qualifications, KHON 2 reports.

According to police, some family members are not cooperating in the investigation. Police also confirmed that a backpack found in a canal during Thursday’s search is connected to the case.

“We hope that this will change in the near future as the investigation and search for Isabella continues.”

The FBI has now joined in the case and focused the search on the beach park in Bellows Air Force Station.

A family member reportedly said that Ariel and her three siblings were recently adopted after Child Protective Services took them away from their biological parents. A witness reportedly said that a photo album with photos of the girl inside was found at the dump. The album, found by a searcher, was turned over to the police.

Anyone with any information concerning Ariel should contact call CrimeStoppers at 808-955-8300.