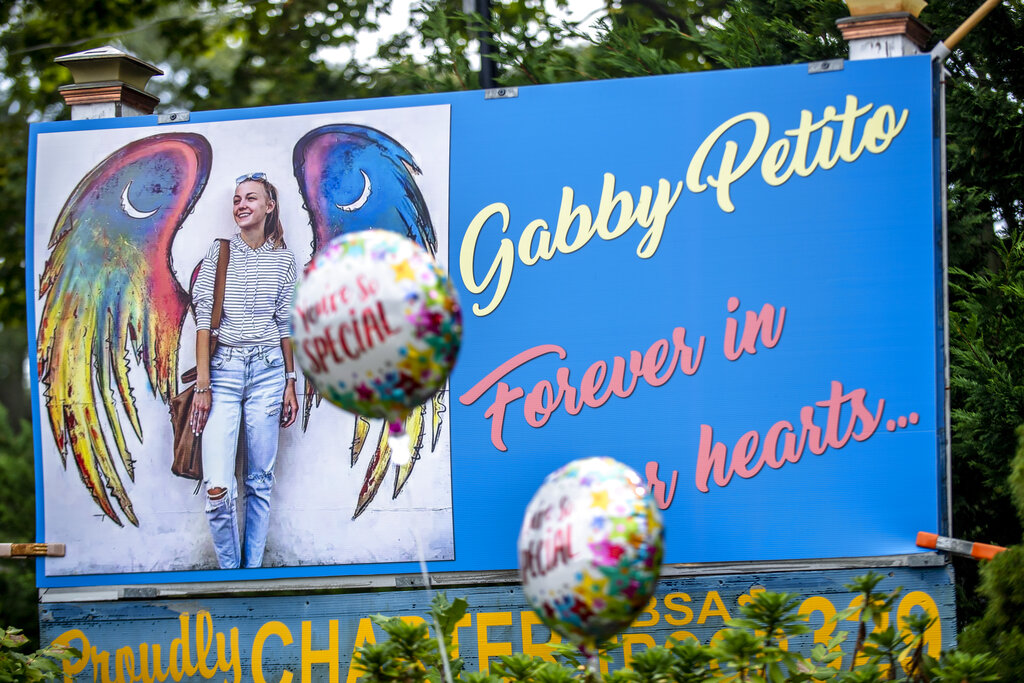 “Yes, we can confirm Gabby and Brian were in Merry Piglets. We have already notified the FBI and they are aware,” the Merry Piglet in Jackson Hole, Wyoming, said.

As CrimeOnline previously reported, New Orleans photographer Nina Celie Angelo and her boyfriend, Matthew England, were at the restaurant on August 27, at around 1 or 2 p.m., when they noticed Laundrie arguing with a waitress. Angelo told Fox News that couldn’t hear the conversation clearly but it appeared to be an argument over the bill.

Angelo added that Laundrie had “aggressive” body language and ultimately stormed out of the restaurant, but returned around four times. She said Gabby returned a few minutes later and apologized for Laundrie’s behavior.

Several hours later that day, a travel vlogger drove by Gabby’s converted white van near Wyoming’s Grand Teton National Park. It was the last place Gabby was in contact with her family. The vlogger said no one was in the van and it was “completely dark.”

“I have chills right now,” Angelo said to Fox News Digital. “It’s crazy because it wasn’t just like we passed them on the street — it was a full-blown incident.”

England witnessed the incident and noticed that Gabby appeared “visibly upset” with Laundrie’s behavior. He contacted the FBI after later noticing the couple on the news.

“I spent the last three or four days really kind of racking my brain,” England said. “And I woke up this morning and went to Facebook, and there was that video with the police on it, right away. That was the couple.”

The incident happened a few weeks after a 911 caller reported that he saw Laundrie slapping Pepito. Police in Moab, Utah, pulled Laundrie over and separated him from Gabbie after an “emotional argument.”

A little over a month after the incident, authorities found Gabby’s deceased body in a remote area at the Bridger-Teton National Forest in Wyoming. Officials confirmed that the manner of death was a homicide but the cause of death is still pending.

Petito and Laundrie were on a cross-country road trip when she disappeared. The pair had already been traveling together for several months.

Meanwhile, Laundrie, who returned to his parents’ North Port, Florida, home on September 1, has vanished. Laundrie’s parents told police he left to go hiking at Carlton Reserve, a 25,000-acre park with sprawling and difficult-to-navigate terrain, and never returned.

“A weekend ground search and aerial search Monday of the 25-thousand-acre preserve has yet to yield any answers, but we must press on,” North Port Police posted on Facebook.

The FBI specifically asked that anyone in the Spread Creek Dispersed Camping Area between August 27 and August 30 who may have seen Gabby Petito or Brian Laundrie or their van to contact authorities.