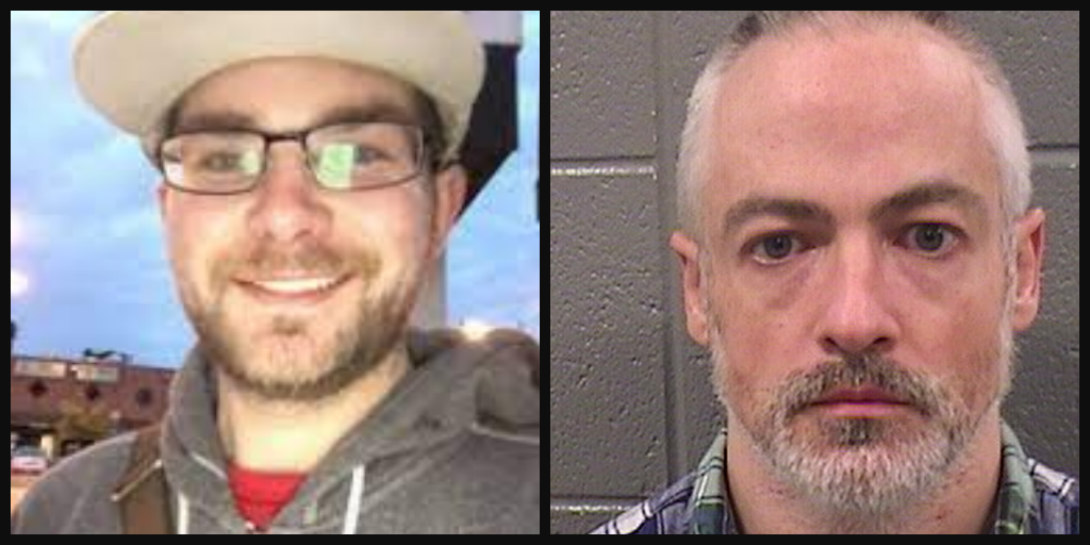 The attorney for former Northwestern professor Wyndham Lathem claims his client was “catfished” online and didn’t kill anyone, despite evidence of him admitting to the murder.

Lathem (pictured right) is currently on trial in Chicago for the 2017 murder of his boyfriend, Trenton Cornell-Duranleau (pictured left). On Tuesday, Lathem’s lawyer, Kenneth Wine, alleged that former Oxford University employee Andrew Warren framed his client by tricking him into an online relationship.

Wine also alleged that after Warren catfished Lathem from across the ocean, he then killed Lathem’s younger boyfriend, Trenton, in a “jealous frenzy,” the Chicago Sun-Times reports.

“(For) Andrew Warren, this was nothing more than a crime of opportunity that had two victims,” Wine told the jury. “Andrew Warren took the life of Trenton Cornell and ruined the life of Dr. Lathem.”

Prosecutors allege that both Lathem and Warren attacked Trenton while he slept in Lathem’s bed. The pair then stabbed him more than 70 and nearly chopped his head off, the prosecution said.

Assistant State’s Attorney Matthew Thrun told jurors about a video clip Lathem sent to his family before going on the run.

“I killed him, I did do it, it wasn’t an accident, it was a mistake, the biggest mistake of my life, and I regret it with every fiber of my being,” Lathem reportedly said in the clip.

Wine told the jurors that Lathem feels “morally responsible” for Trenton’s death and made the statement out of grief.

Lathem claimed that after he met Warren online, he flew him from Britain to Chicago to meet. When Warren arrived, it was clear he had lied about his looks and his career, Lathem reportedly said.

“Almost immediately, Trenton began to scream and thrash about … Dr. Lathem dropped the drywall knife and he began to be punched and hit,” Wine added.

“(Warren) killed Trenton Cornell out of the most common of human emotions: jealousy. … It was the jealous rage of a dangerous psychopath.”

In 2019, Warren pleaded guilty to murdering Trent. He received a 45-year prison sentence and agreed to testify against Lathem.

The trial resumes Wednesday. Check back for updates.