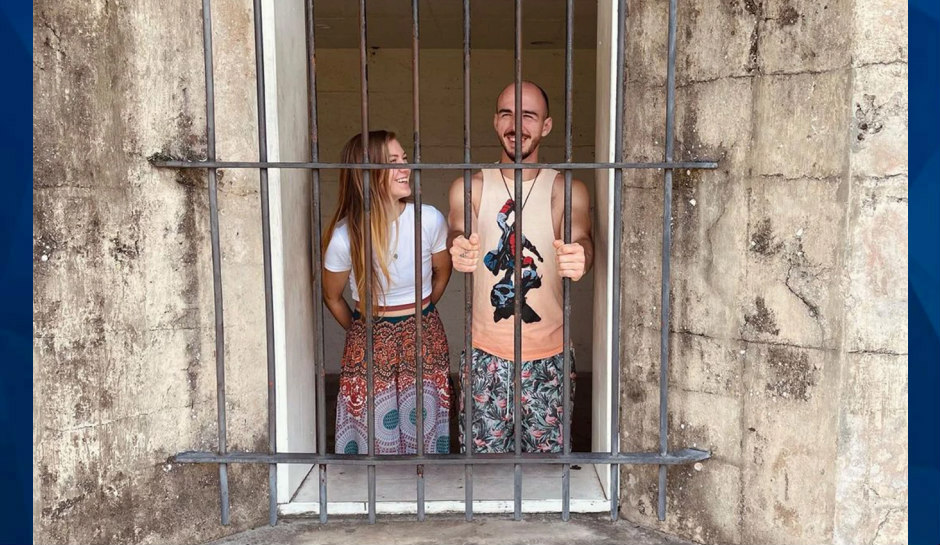 Is Brian Laundrie Hiding Out at Fort Desoto? Photos Emerge of Gabby Petito & Laundrie Visit There in February

A photo taken at a historic site may be the key in locating Brian Laundrie, a Florida man who has disappeared amid the investigation into the disappearance and death of his girlfriend, Gabby Petito.

According to Fox News, Laundrie and Petito stopped at the Fort De Soto Historical Fort in Florida, where a photo was snapped of the pair behind bars. The pair later posted a review of the area on The Dyrt.

They described the spot as a “really nice campground, beautiful area with many hikes and easy walks, the beach, historic sites, really nice camp store and well-maintained sites.”

The photo was posted to Gabby Petito’s Instagram page in February.

During the past week, Duane “Dog the Bounty Hunter” Chapman announced that he received a tip that Laundrie and his parents went camping at Fort De Soto from September 1-3, then again on September 6-8.

During the family’s second trip, three people purportedly went into the campground, but only two people from the Laundrie family came out.

“They were registered, went through the gate,” Chapman said. “They’re on camera. They were here.”

Laundrie’s parents insisted they didn’t know where their son was and claim they have no involvement in his disappearance.

The Pinellas County Sheriff’s Office told Fox News on Tuesday morning that there is no search right now for Laundrie at Fort De Soto.