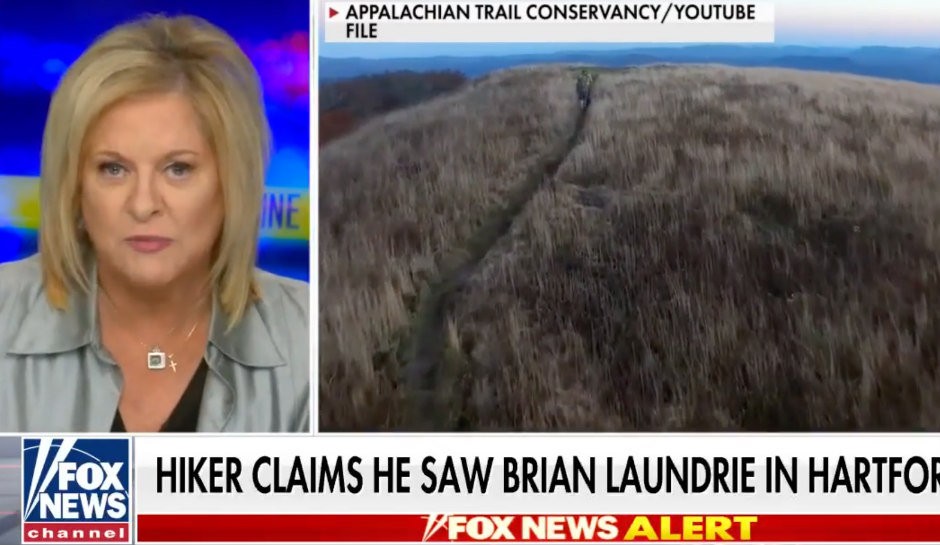 ‘It Could be Laundrie’: Nancy Grace Says Brian Laundrie May Have Been Spotted After Hiker Provides Detailed Tip

Was Brian Laundrie spotted in a white truck near the Appalachian Trail?

As CrimeOnline previously reported, a man hiking the Appalachian Trail said last week that he’s confident that he talked with Brian Laundrie last Saturday morning at around 12:35 a.m. The hiker, Dennis Davis, said that a man who looked and sounded like Laundrie waved him down on a road near the border of North Carolina and Tennessee.

The report comes as police search for Laundrie, the fiancé of Gabby Petito, who was found dead in Wyoming on September 19.

I said, ‘Well, I’m not from around here. Where are you trying to go?’” Davis told hosts Jillian Mele and Todd Piro on “Fox & Friends First.”

“And then he said, ‘My girlfriend and I got into a fight, but she called me and told me that she loved me — and I’ve got to get to California to see her.'”

On Monday morning, CrimeOnline’s Nancy Grace weighed in on the topic, and said although it seems unlikely Laundrie would be traveling in a vehicle, other details about the tip make it appear as if it was indeed Laundrie who Davis spoke with.

Grace added, however, that the tipster provided a detailed account of running into who he thinks is Laundrie, which will be a tip police will likely follow up on.

“When defendants start talking, they always weave a little bit of truth into their lie. That much is true: They had a fight, he did have a girlfriend and she was out west. And that is very coincidental, so, that’s the kind of thing that would add some value to this tip.”

Meanwhile, Grace said she thinks Laundrie will end up facing a murder charge once DNA is processed, and that his parents could end up facing charges if they’ve lied to authorities.

Laundrie is wanted on a felony warrant following the death of his girlfriend, 22-year-old Petito. Laundrie and Petito embarked on their cross-country trip in July, but by September 1, Laundrie returned to his parents’ North Port, Florida, home with Petito’s van, sans Petito.

Last month, authorities found Gabby’s deceased body in a remote area at the Bridger-Teton National Forest in Wyoming. Officials confirmed that the manner of death was a homicide but the cause of death is still pending.