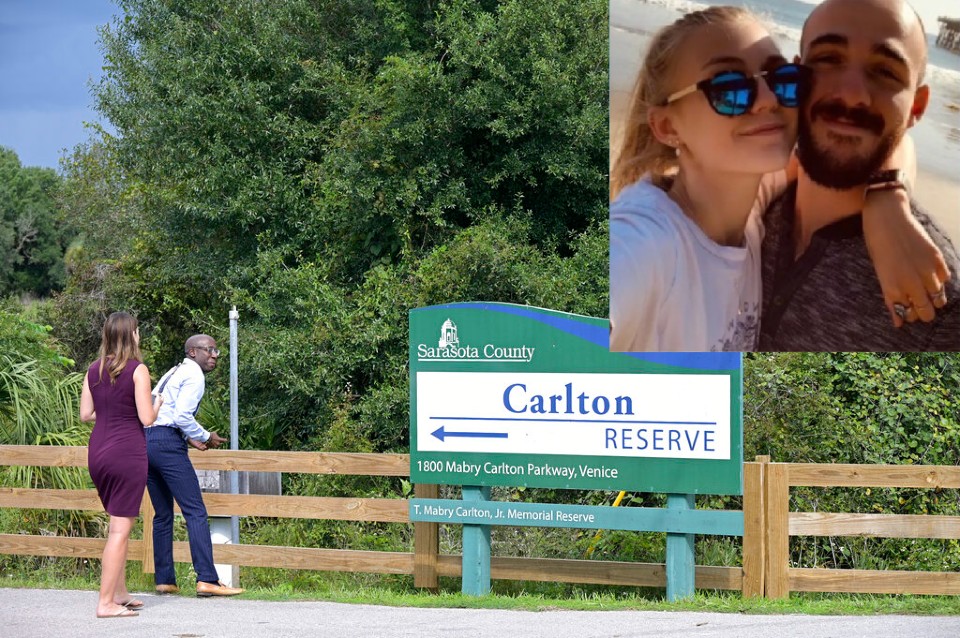 The father of missing fugitive Brian Laundrie has arrived in the area of Florida’s Carlton Reserve Thursday morning, the day after an increase in police activity at the Sarasota County nature reserve where Laundrie’s parents say he was headed when they last saw him on September 13.

Fox News reports that Chris Laundrie arrived Thursday to Myakkahatchee Creek Environmental Park, which is adjacent to the Carlton Reserve, but the entrances are reportedly 17 miles away from each other. A Fox News digital reporter observed that Chris Laundrie’s pickup truck was parked near the locked gate at the environmental park, after reporters who have been staging outside the Laundrie’s North Port home said earlier Thursday that Brian’s father left the residence alone, reportedly carrying a plastic bag.

As CrimeOnline previously reported, Brian Laundrie’s Ford Mustang was ticketed on September 14 at Myakkahatchee Creek Environmental Park, not the Carlton Reserve, adding to the ongoing confusion surrounding when and where Laundrie was last seen.

The Laundrie’s family attorney reportedly said on Wednesday that North Port Police had asked Chris Laundrie to join the search for his son, but held off because of a reported finding of what appeared to be a recent campsite. Authorities have not confirmed either of those claims, though there was increased police activity at the Carlton Reserve Wednesday, after the FBI had previously scaled back the search.

Laundrie’s girlfriend Gabby Petito, 22, was found dead on September 19 in Bridger-Teton National Forest in Wyoming. Her last known contact was in late August, while she and Laundrie were on a cross-country road trip. Laundrie returned to North Port on September 1 without Gabby, but in her converted camper van. He did not speak to police between the time Petito was reported missing, on September 11, and when he reportedly disappeared two days later.