Brian Laundrie reportedly parked his car around 17 miles away from what his parents allegedly reported.

According to an abandoned vehicle report created on September 14, Laundrie’s grey Mustang was found at 6968 Reisterstown Road in the Myakkahatchee Environmental Park in Florida, which is about 17 miles from and adjacent to part of the T. Mabry Carlton Jr. Reserve, where authorities have been searching for Brian Laundrie.

“The Laundries were basing the date Brian left on their recollection of certain events,” Bertolino wrote. “After consulting with the FBI and confirming the day Brian’s Mustang was found and returned to the Laundries’ home, we now believe the day Brian left to hike in the preserve was Monday September 13.” 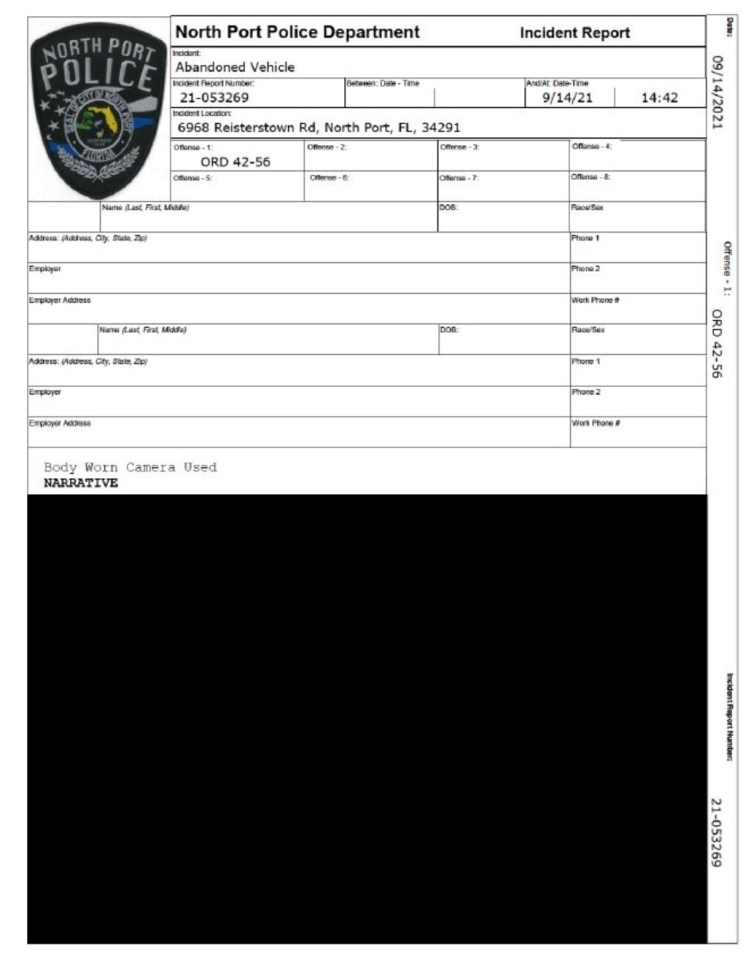 Prior reports indicated that Laundrie’s parents told police he drove the Mustang to the Carlton Reserve in Florida, and left his car in the parking area. The Laundrie parents said they later picked up the car after police left a note on the vehicle.

On Wednesday, authorities intensified search efforts at the Carlton Reserve for Brian Laundrie. Officials have not said what prompted the heightened search, which comes after several days of the search being scaled back.