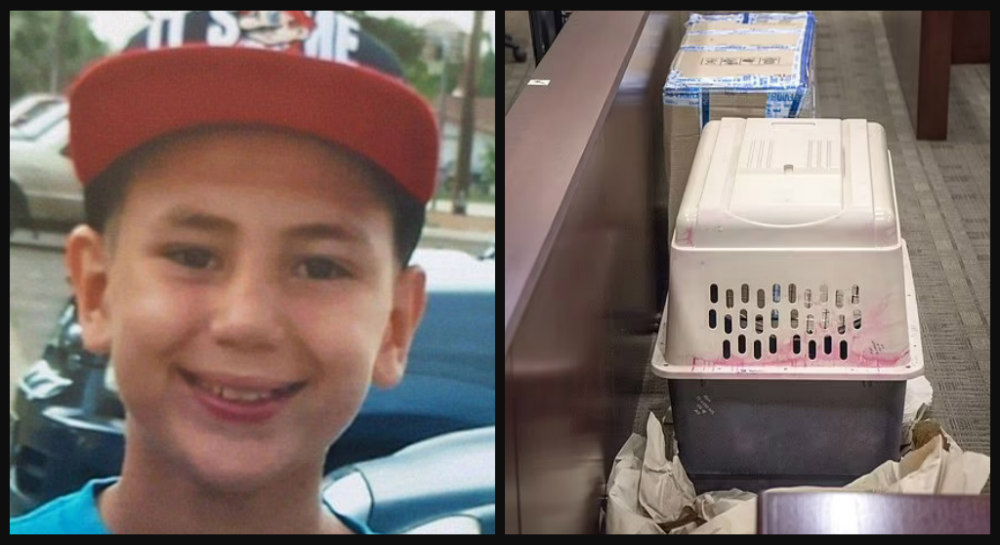 Boy Endures Months of Family Torture, Dies After He’s Stuffed Into Dog Cage & Flipped ‘Over and Over’

Prosecutors shared disturbing evidence in a California courtroom this week, as the sentencing hearing wrapped up for a man accused of abusing a young boy to death.

Ferguson abused Jeremiah for long periods of time, which included using a shock collar on the boy, beating him, and dropping a hammer on his hands inside their Nambé home. After his arrest, however, Ferguson killed himself in the Santa Fe County jail in 2018.

Witnesses, including the victim’s sister, told police that both Nuñez and his father would abuse Jeremiah. Nuñez is said to have repeatedly flipped a 26- by 39-inch dog crate that Jeremiah was forced into by Ferguson. Authorities believe that one of the flips ultimately caused the child’s death.

“Tommy was the bad guy in all of this while Jordan watched,” First Judicial District Attorney Mary Carmack-Altwies told the court. “But that’s the problem. Jordan watched and occasionally participated. He got the benefit of a plea bargain because of his lesser involvement, but even though it was lesser, it was not less. It still resulted in Jeremiah’s death.”

“[Nuñez] knew that his little brother, who had just gotten a severe beat down, was in this cage.” 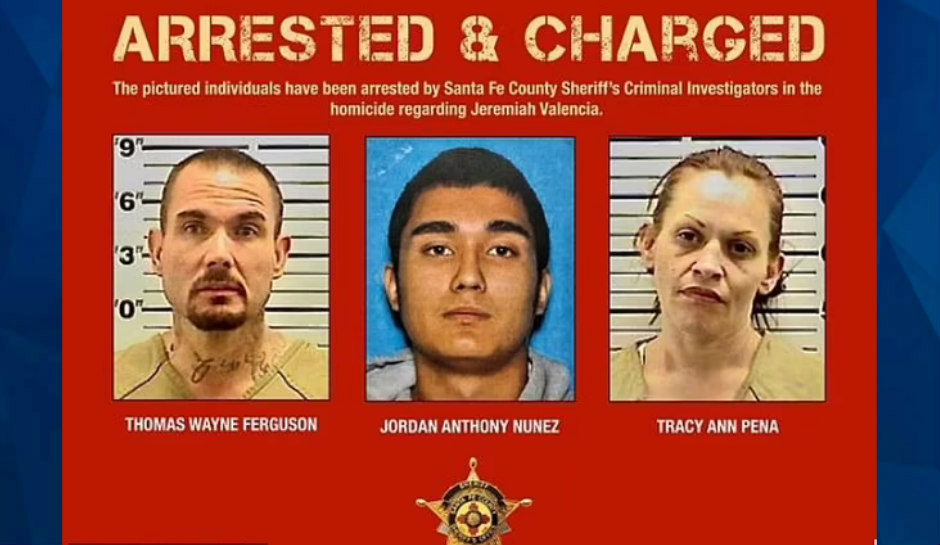 Jeremiah’s younger sister told investigators that their home life was filled with abuse, especially for Jeremiah, who was abused over a long period of time. Ferguson’s former wife said that he beat her so badly before that she had a miscarriage, the Albuquerque Journal reports.

“It was hard,” Jeremiah’s 13-year-old sister said. “It was not fun. He [Ferguson]was always angry and was always being mean to everyone in the house. He would take his anger out on all of us. He would hit us or hit the dogs.”

On the night he died, Jeremiah had been beaten badly before he was shoved into the dog crate. His jaw, which had broken in two places, was so severe that a bone poked through his gums. Prosecutors said the injuries happened after the boy was attacked with a homemade spear.

Investigators found blood spatter in every room of the family’s home where Jeremiah had been, including near a fireplace, where a lot of the punishment was doled out, Santa Fe New Mexican reports.

“The death of Jeremiah Valencia was not an isolated incident,” Carmack-Altwies said. “This abuse went on for months, and Jordan came into it, he watched it, he participated in it and did nothing.”

“He was not trying to come to police and admit to his crimes. He did two interviews before he even admitted he knew where Jeremiah was, that he was dead. That is why he deserves to serve the time for his crimes at serious violent offense level.”

Sentencing will begin after the defense presents a child psychologist as a witness on behalf of Nuñez. Prosecutors are asking for a sentence of up to 25 years in prison.