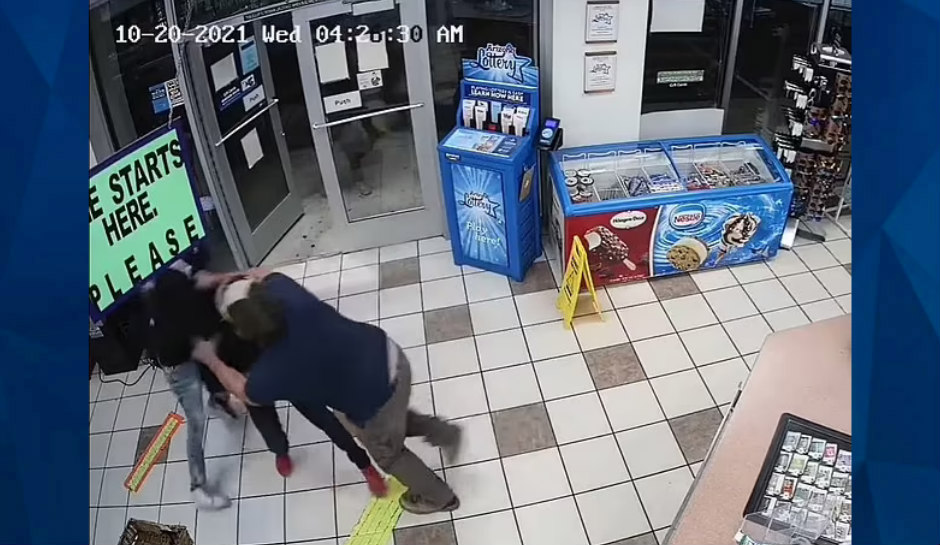 A U.S.Marine Corps veteran is being credited for stopping a robbery Wednesday after three people tried to hold up a gas station.

The incident happened at a Chevron gas station near I-8 and Fortuna Road in Yuma on Wednesday. At around 4.30 a.m., three suspects dressed in black walked into the store. When one of the suspects pulled out a gun and aimed it at the store cashier, the Marine took action.

According to Fox 8, the two other suspects fled the store while the Marine detained the suspect with the gun until police arrived to take over.

“The Marine Corps taught me not to [mess] around,” the Marine reportedly said.

The Yuma County Sheriff’s Department released security footage of the incident and hopes that anyone with information about the case will come forward.

“The suspect detained during the incident was a juvenile and was booked into the Yuma County Juvenile Justice Center for one count of armed robbery and one count of aggravated assault,” the sheriff’s department said on Facebook. “The other two suspects are still currently outstanding.”

The juvenile suspect was arrested and charged with armed robbery and aggravated assault.

Anyone with information on the case should contact the Yuma County Sheriff’s Office at 928-783-4427 or 78-CRIME.