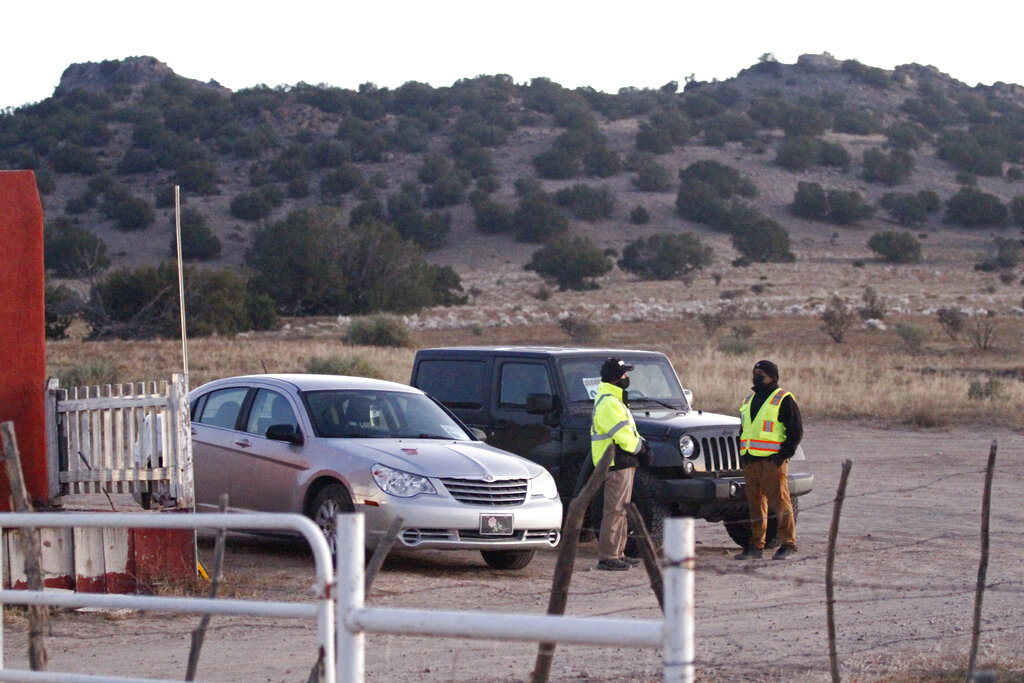 As previously reported, cinematographer Halyna Hutchins died on October 21, after Baldwin accidentally shot a live round from a weapon he was mistakenly told by a crew member was “cold,” a term used to describe a prop gun with no live ammunition. Hutchins, 42, was airlifted to a New Mexico hospital after being shot in the torso, and died hours after she was shot. The film’s director Joel Souza was also shot, with the same projectile that killed Hutchins, but has since been released from the hospital.

An investigative report in the Los Angeles Times reveals that the film’s crew was unhappy with the conditions of the production, and budgetary constraints that left camera crew who lived within 60 miles of the set without local accommodations — even though the crew was working extremely long days —  and contributed to what some crew members said was a rushed atmosphere on the set.

“It always felt like the budget was more important than crew members,” Lane Luper, the A-camera first assistant, told the Los Angeles Times. “Every thing was about the schedule and the budget.”

When a crew member who lived in Albuquerque was denied a request for lodging near the Santa Fe set after spending some of the previous night sleeping in his car, “We said: ‘OK, they really don’t care about us,’” Jonas Huerta, a digital utility technician, told the newspaper.

On the morning of Hutchins’ fatal shooting, several camera crew members exited the production and replacements were brought in, some who looked young enough to be high school students, Luper told the Los Angeles Times.

It remains unclear how or why Baldwin was given a gun with live rounds, and much of the scrutiny has focused on the lead armorer, Hannah Gutierrez Reed, a young woman early in her career.

“ …[A]pparently props and armor require handholding,” a unit production manager said in a Slack message on October 8, according to the report.

According to the report, there were three other accidental discharges on set before Hutchins was killed, though the report does not specify who is believed to be responsible. In one instance, Baldwin’s stunt double accidentally fired a blank after being told a prop weapon was “cold,” like Baldwin was, but it is not clear if anyone was injured. Luper told the newspaper that a woman in the props department accidentally shot herself in the foot, also with a blank. The report did not provide details about the third incident.

According to the report, emergency crews arrived to the set between 12 and 13 minutes after an emergency call was made. It is not clear if Hutchins would have survived if EMTs had arrived any earlier, as witnesses said her injury appeared to be very grave, and she was bleeding profusely. Multiple reports indicate she was being treated by medics at the scene until the emergency crews arrived.

The investigation into the fatal shooting is ongoing, and no one has been criminally charged.

Feature image: Security stands at the entrance to a film set where police say actor Alec Baldwin fired a prop gun, killing a cinematographer, is seen outside Santa Fe, New Mexico, Friday, Oct. 22, 2021. The Bonanza Creek Ranch film set has permanent structures for background used in Westerns, including “Rust,” the film Baldwin was working on when the prop gun discharged.(AP Photo/Cedar Attanasio)