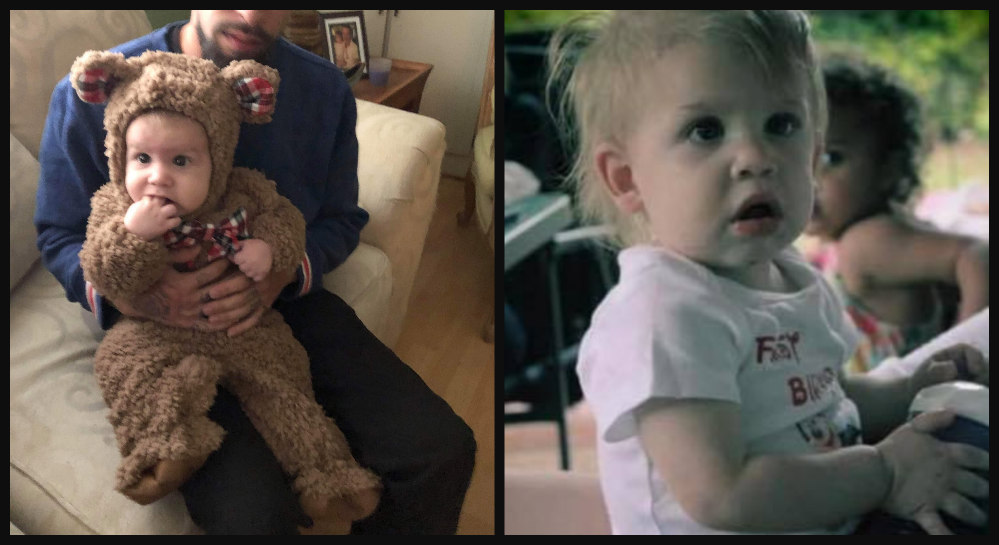 Months after a 1-year-old boy’s death, a Georgia mother and her boyfriend are behind bars facing child cruelty and murder charges.

Gregory Farrell Davis Jr., 24, and Amber Lynn Ellis, 23, were indicted on murder charges Monday, according to the Rome News-Tribune, in connection with the death of Ellis’ son, James.

The incident happened on April 28 at a home in Waleska, where Ellis and her boyfriend, Davis, lived with the baby. An affidavit filed with the Cherokee County Superior Court indicated that Davis “used both hands to take hold of and violently shake” James. Two days later, the baby passed away.

The indictment also states that Ellis left her son alone with Davis, although she knew that he had a violent temper and “knowing that said child was being injured while in [Davis’] custody and care.”

A woman at the home who was interviewed by investigators reportedly said Ellis had previously been in trouble with the Department of Family and Child Services after James had been injured on a different occasion.

Davis told investigators that he checked on the baby at around 1 p.m. after he heard him making “a gurgling sound and cough.” Davis said the victim was limp and unresponsive when he picked him up.

“That was the worst phone call of my life,” the baby’s father, Kewin Palacio, told Fox 5 Atlanta. “He was a very happy kid. He was always smiling—always laughing.”

Palacio told the outlet that he didn’t get to see his son much after he split with Ellis, but he had suspicions his son was being abused. He said he tried to report the issues but it didn’t stop the fatal incident from happening.

“I felt helpless—because I couldn’t do anything,” he said.