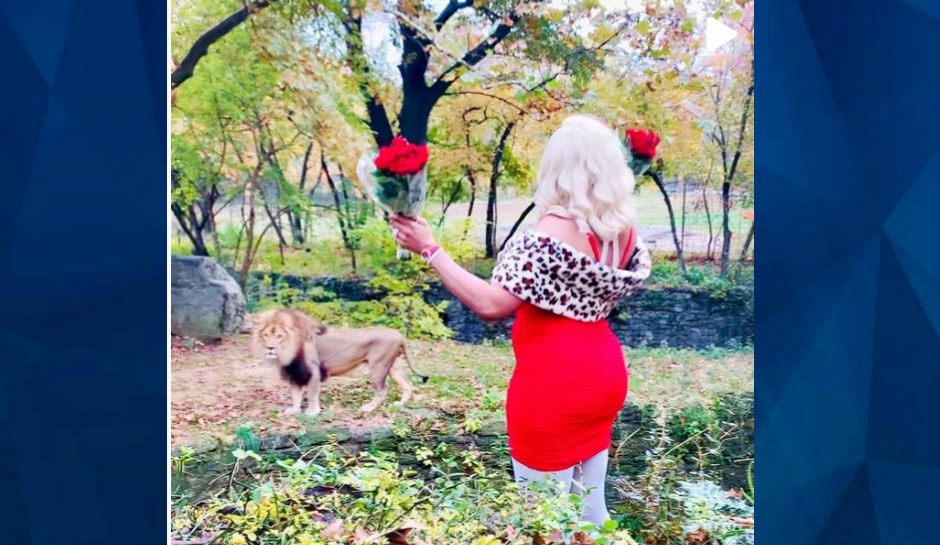 Myah Autry, 32, was charged in 2019 for trespassing into the Bronx Zoo in New York City, where she reportedly taunted the lions at the African lion exhibit. Fox News reports that Autry is once again accused of sneaking into the zoo, this time while wearing a red dress and a leopard-print shawl.

According to cellphone footage handed over to police, Autry was holding red roses and hundred dollar bills as she danced for a male lion at the zoo.

“The Bronx Zoo has a zero-tolerance policy in matters such as this and will aggressively seek prosecution against this individual and anyone who violates park safety rules,” the zoo said in a statement.

“King, I love you, I came back for you,” Autry reportedly said while talking to the lion, according to NBC New York.

A spokesperson for the zoo told NBC New York that bystanders notified the staff about Autrey, but by the time they arrived, she had already left. The spokesperson added that Autrey was not in the actual exhibit with the lion, but instead, she stood in front of the exhibit in a planted area.

“Video shows she crossed a barrier into a planted area near the exhibit. The woman was not in the exhibit as has been falsely reported and she was never in the same space as the lions,” the zoo spokesperson said.

In 2019, Autrey was charged with criminal trespass after teasing the lions and the giraffes at the zoo. She later said her reasoning was “spiritual” and she was never scared of the animals.

“I fear nobody. No animal, no human, no one. So no, I wasn’t fearing of the lion because the lion loved me. That’s why he came to me and I let the lion know: Lion, I love you,” Autry said after the 2019 incident.