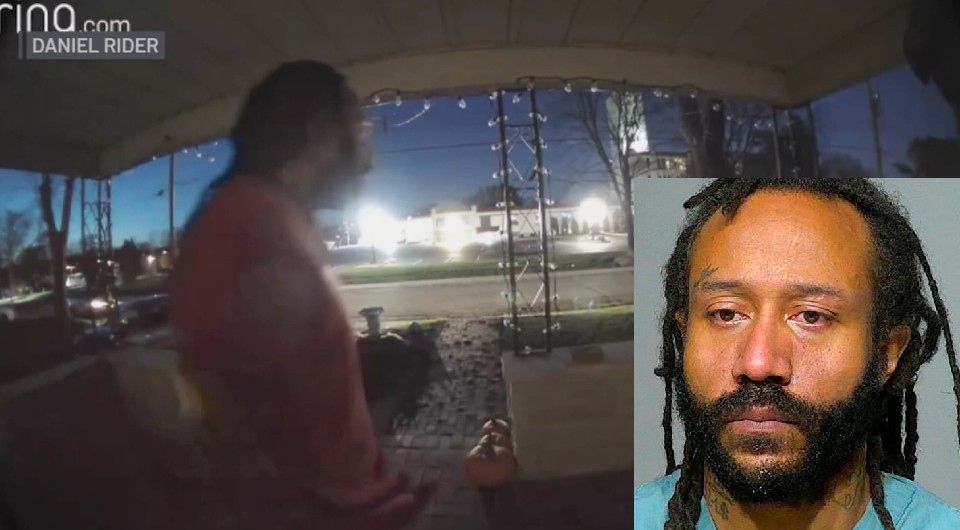 The person of interest in a deadly vehicular attack more entered a stranger’s home as police were pursuing him on Sunday.

NBC News obtained Ring doorbell camera footage of a man who appears to be Darrell Brooks, the person of interest in deadly massacre at a Christmas parade in Waukesha, Wisconsin. As previously reported, five people died and dozens more were injured. A member or members of a senior women’s dancing troupe were killed, and children were among the injured.

Brooks, 39, is accused of driving an SUV through police barriers and into the crowd on Sunday. Authorities have released minimal information about how Brooks was apprehended, and earlier reports indicated Brooks may have exchanged gunfire with police before he was taken into custody.

But the doorbell videos footage shows a man believed to be Brooks standing on the porch of a home at around 5 p.m., 20 minutes after the massacre. He is seen telling the homeowner,  24-year-old Daniel Rider, that he is waiting for an Uber.

“This gentleman comes up and starts pounding on my door and my Ring doorbell goes off and I go and look and he’s saying that he’s homeless and he needs to use my phone,” Rider, who provided the footage to NBC, told the news station.

Rider told NBC News that he invited Brooks into his home, made him a sandwich and gave him a jacket. Around that time, Rider noticed police cars in the area, but he was unaware of what had happened at the Christmas parade. Still, Rider appears to have made a connection between the police activity and the man in his home, who he asked to leave.

“So I still am oblivious to anything happening in Waukesha and all of a sudden I look outside my street and I see a few cop cars drive by and I’m getting extra nervous,” Rider said. “I was already nervous to begin with with him being in the house. So I saw cop cars drive by and I tell him, ‘You gotta get out of my house now. And so he was actually pretty compliant. He said ‘Are you sure? Why what’s going on? What’s going on.’ I said, ‘You gotta leave. You gotta leave.'”

Rider had given Brooks his phone before asking him to leave, and said that Brooks returned both his phone and the jacket before existing the residence. But he then came back, Rider said, claiming that he had left his ID inside.

“I go back inside. I locked the door. I’m freaking out a little bit. I know my neighbor is calling 9-1-1,” Rider said. “And he comes back to my door and starts pounding on the door and saying ‘My ID, I left my ID.'”

Around that time, police officers reportedly approached Brooks, but as the report notes, the video does not confirm whether Brooks was taken into custody at that time.

As USA Today reports, Brooks is expected to be formally charged on Tuesday.