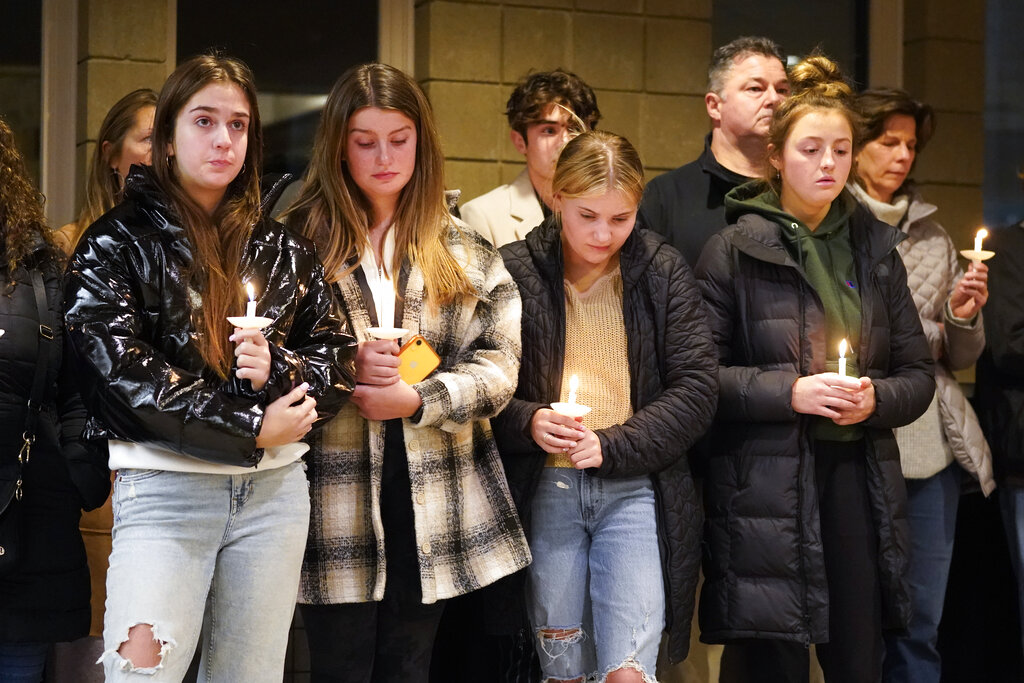 Three weeks before a 15-year-old sophomore killed four students and shot seven more people on Tuesday, someone tossed the decapitated head of a deer into the courtyard of Oxford High School in Michigan.

A 14-year-old girl, a 16-year-old boy, and a 17-year-old girl died on Tuesday after the suspect opened fire in the school on Tuesday afternoon. On Wednesday, another victim, a 15-year-old boy, died of his injuries, the Associate Press reports. A teacher and six more students were injured. The suspect, who has not been publicly identified, reportedly surrendered without a struggle after he was apprehended by a deputy already on campus and another officer.

Oakland County Sheriff Michael Bouchard reportedly said at a news conference late Tuesday that the suspect is refusing to speak to investigators — on the urging of his parents.

“The person that’s got the most insight and the motive is not talking,” Bouchard said, adding that the suspect’s father purchased the semi-automatic handgun on the Friday before the massacre. Investigators cannot question a juvenile without permission of their parents, he said.

Referencing a letter sent by the Oxford High School principal and a statement posted to the school’s website, the Associated Press reports that someone dropped a deer’s head from the roof of the school building into a courtyard in the early hours of November 4.  The same morning, someone painted windows on the roof with red acrylic paint.

“Please know that we have reviewed every concern shared with us and investigated all information provided,” read the statement posted to the school’s website on November 12. “Some rumors have evolved from an incident last week, while others do not appear to have any connection.  Student interpretations of social media posts and false information have exacerbated the overall concern.  We want our parents and students to know there has been no threat to our building nor our students.”

Law enforcement officials said at the news conference that the November 4 incident was not connected to Tuesday’s shooting.

According to the Associated Press and CNN, the suspect allegedly made unnerving social media posts featuring a gun in the days before the shooting. It is unclear at this time if the posts included specific threats.

“He had been shooting with it and posted pictures of a target and the weapon. That’s all part of what’s being looked at. We’re going to do a deep dive on the social media and all the activities of this young man,” McCabe said at the news conference.

The undersheriff indicated that police were not aware of the social media posts until after the shooting. McCabe also said that the suspect had not prior contact with police or a disciplinary record with the school.

“That’s part of our investigation to determine what happened prior to this event and if some signs were missed how were they missed and why,” McCabe said, according to the Associated Press.

The report states that prosecutors are expected to soon file criminal charges. CrimeOnline will provide further updates when more information is available.