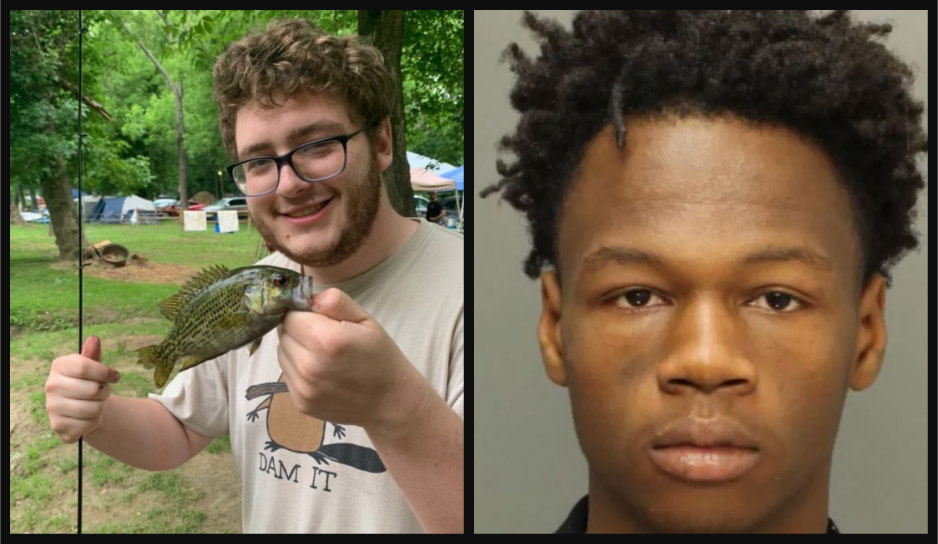 Pennsylvania police are searching for a man accused of killing a Temple University student during a weekend robbery.

Samuel Collington (pictured left), 21, of Prospect Park, Delaware County, was shot and killed Sunday after a robbery near the North Philadelphia campus of the university. Police are searching for Latif Williams (pictured right), 17, in connection with the shooting.

Collington was returning home from Thanksgiving break spent with family when the incident occurred. As the victim parked his mother’s SUV close to the 2200 block of N. Park Avenue, the suspect allegedly snuck upon him. A struggle broke out and Collington was shot in his hand, face, and abdomen before he reached his college apartment.

First responders rushed Collington to a nearby hospital but he subsequently passed away from his injuries.

“Our son was, and is, our hero and this senseless act crushes us,” mother Molly Collington told ABC 6. “In his honor, we will do everything to make sure there is justice for Sam.”

On Monday, investigators announced they had recovered video footage of the incident, which appeared to be robbery-related, Fox 29 reports. The video showed Collington fighting back with his aggressor moments before the deadly shots.

On Wednesday, police announced Williams as a suspect in the shooting, describing him as 5’5″ tall and weighing 170 pounds. He has brown hair, brown eyes, and a medium complexion, police said.

CBS Philadelphia reports that investigators believe that Williams was involved in several other carjackings.