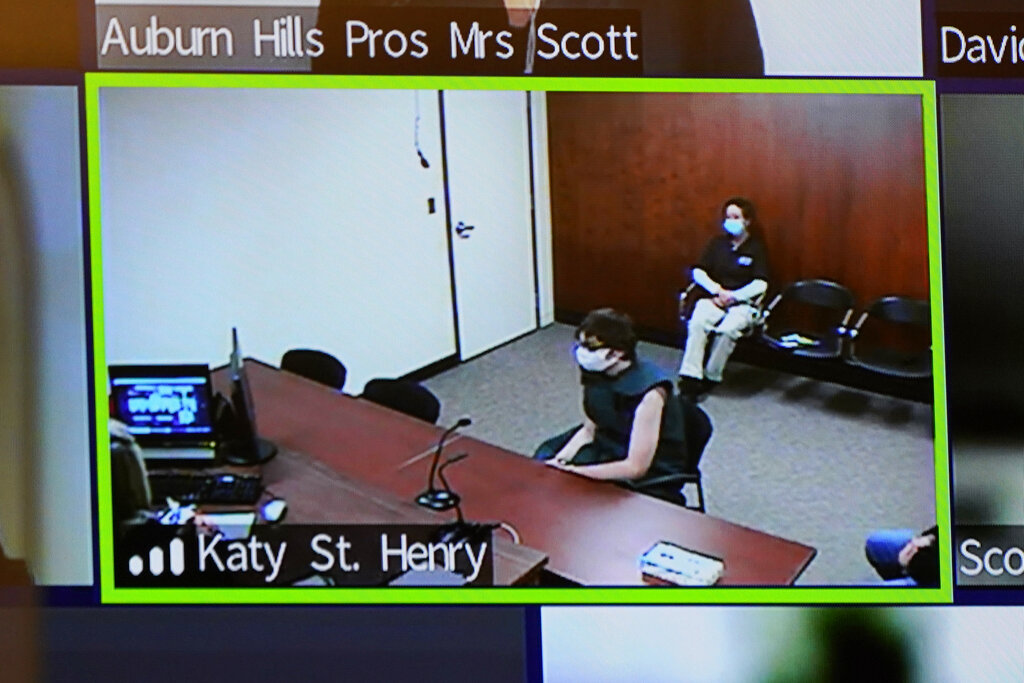 Michigan School Shooter’s Parents Had Meeting at School on Morning of Massacre: Reports

Hours before a deadly attack at Oxford High School in Michigan, the parents of the accused shooter were summoned to the school to discuss his behavior.

As CrimeOnline previously reported, Oakland County Prosecutor Karen McDonald announced Wednesday that Ethan Crumbley has been identified as the suspect in the shooting massacre.

Four students were killed and seven others were injured after Crumbley allegedly opened fire at the school, about 30 miles outside of Detroit. Crumbley surrendered without a struggle but refused to speak with investigators, apparently because his parents advised him not to.

“We have since learned that the school did have contact with the student the day before and the day of the shooting for behaviors in the classroom that they felt was concerning,” Oakland County Sheriff Michael Bouchard said.

“In fact, the parents were brought in the morning of the shooting and had a face-to-face meeting with the school. The content of that meeting of course is part of the investigation.”

New York Post reports that shortly after the school meeting, Crumbley walked into a bathroom, came out with a weapon, and started shooting at students.

Crumbley was quickly detained after the incident. He’s now being charged as an adult on charges of terrorism, four counts of murder, seven counts of assault with intent to murder, and 12 counts of possession of a firearm.

“Two separate videos recovered from Ethan’s cellphone made by him the night before the incident, wherein he talked about shooting and killing students the next day at Oxford High School,” Oakland County Sheriff’s Lt. Tim Willis said during Crumbley’s arraignment.

Several other victims remain in the hospital with injuries, including a 14-year-old boy in critical condition.