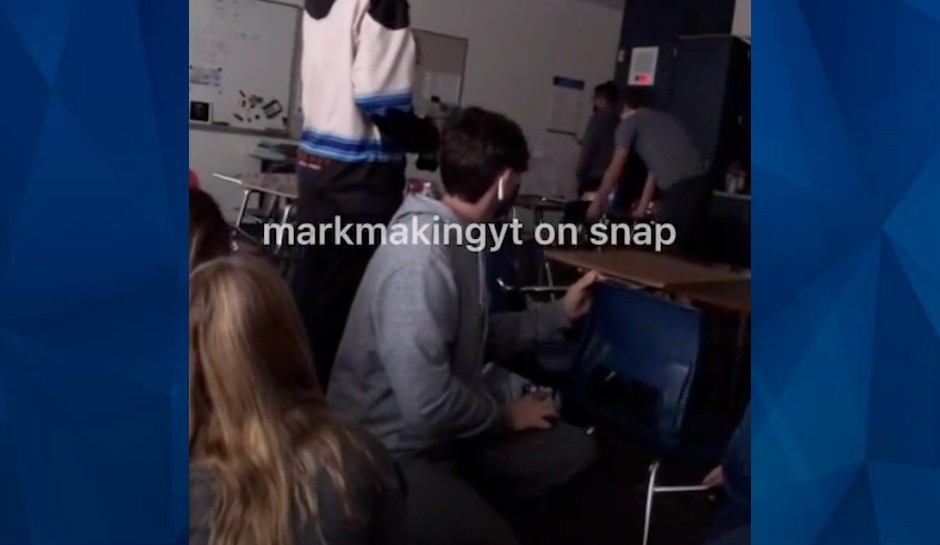 Chilling video footage taken during a mass shooting at Oxford High School in Michigan shows students fleeing through classroom windows, after suspecting that a male voice outside the door was the shooter himself.

The video, taken by a student identified by CNN as 15-year-old freshman Mark Kluska, shows a group of students huddling and hiding behind furniture inside a classroom as a voice booms outside the door.

“Sheriff’s office. It’s safe to come out,” the voice outside the door says.

Inside the room, someone is heard saying, “We’re not willing to take that risk.”

“Open the door .. it’s alright, bro,” the person outside says.

At that point, a student in the classroom point out that the person outside said “bro,” calling it a “red flag.” Within seconds, the students scrambled for the classroom windows and are seen climbing out. The recording shows that the group runs across a lawn to another building, where they are ushered in and told they are safe.

It remains unclear if the voice at the door belonged to Ethan Crumbley, who Michigan authorities identified Wednesday as the suspect in the deadly shooting. He will be tried as an adult on multiple charges, including four counts of first-degree murder.